When I was in Thailand, 2007 was the tenth anniversary of Asian economic crisis. The Thai Baht currency had been weakened by several attacks from international funds. Finally, the Thai Government at that time was forced to float the currency. The result of this bubble burst, aka Tom Yum Goong Disease, triggered the financial collapses throughout Asia. 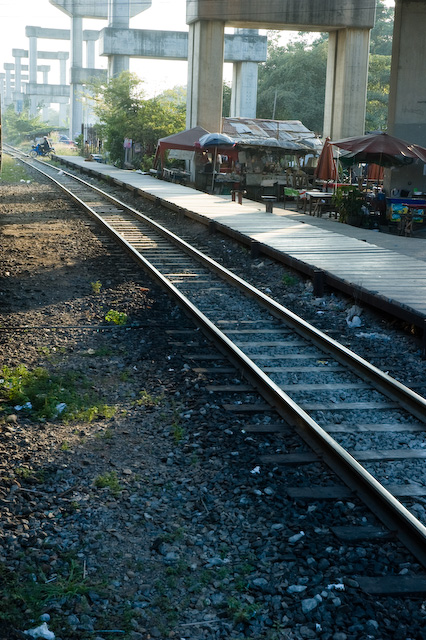 Although Thailand have recovered from the crisis and paid off IMF’s bialout, there are still monumental traces of the melt down, especially, big projects stopped their constructions ten years ago. These are some of the unfinished enterprises in Bangkok: Hopewell Project, upper level train link from the old Bangkok Airport to the city, a building that has never been erected from the ground, a luxury apartment that has been painted only half way through, and a site that is converted into a street vendor park.

What did we learn from this expensive lesson?