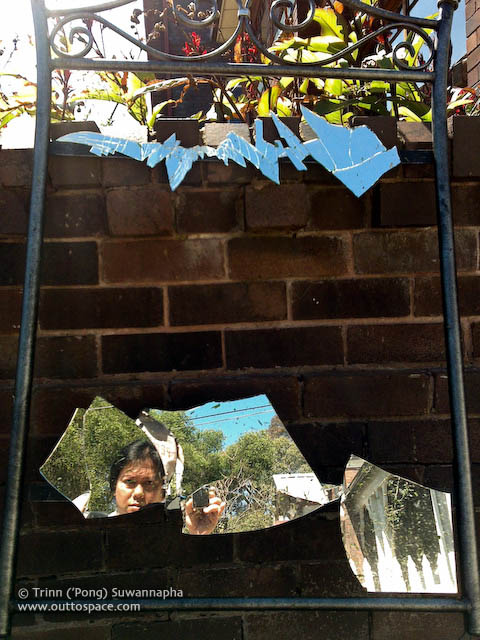 2009 has been an extremely remarkable year for me. It was not a great start in the first two months. I was still broke and depressed.

To be able to get a small amount of money to live on from the government, Centrelink sent me to a job search training session for a few weeks. It was supposed to be empowering, but instead, it was painful to attend it. I kept asking myself why I was in a room full of desperate people. It must have been the punishment from my fucked-up life. I did not know where I belonged.

There was an emotional breakdown during the end of 2008 and it passed on to the following year. Since my mental illness prolonged, my GP prescribed me medication. The very first day I started taking the pill, it was very hard to accept the fact that my brain’s chemical had been dependent on it and my body had adjusted to its side effects, at least, for a while.

And it went downslope to the bottom before I was able to climb up from the hole. One day while I was walking home with disappointment, despair and hopelessness, there was nothing that I could see that the situation would be any better. I was sick and tired of the world and myself and there was nothing I could do. I could not deny that there was a thought to end it all.

Even though I had a couple of photographic projects with me, I found it was difficult for me to pursue in the medium. In fact, I have reached the photographic goals with these two projects. One was a slideshow exhibition Metropolitan Skin, which was pretty much the summary of my photography subjects: street candid, urban landscape and Sydney’s diversity. And I snapped Mardi Gras in the full circle from the float construction to the aftermath.

Unless I could effort to upgrade the camera kit or find the right way to earn from it, the camera phone is the preferred device to shoot still images these days. It is easier to interact with the world than a DSLR camera. Less control but more spontaneity.

I have been using photographs to create videos anyway but this year it is the moving images and sound that I have been focusing on. When the second semester commenced, I started to ambitious projects with rules of constraints. State of Emergency was made in Making Digital Hologram, playing with eye illusion. In the Production Workshop, I designed Transcendence to make an abstract video from a street shot and each element was from that one-minute source clip. On the other hand, Blindfold was produced in Sound Construction 2 as a narrative surround sound without dialogue or any visual aid.

The two High Distinctions from those pieces were the reward from the hard works. But the class I found the most useful was created impromptu to help the Master student preparing the Major Project in the following semester. The very first session was when I came across an idea of a short film about depression I had a vision from a dream early in the year.

The development of the story, Memory of You | Reflection of Me, was a painful experience when I had to revisit those dark periods of mine, especially, it had just happened to me for the past six months. But I took it as a therapy for myself and hopefully it would help someone else as well.

I set the par in the project very high: an invisible main character, a cast with a disability, complex post-production with surround sound and DVD production. It was a very stressful process since I had to do almost everything by myself and help other productions as well. I fell sick in the shooting and crew got the cold from me. My hard drive went missing since I forgot it on the train after a tiring assessment

Nevertheless, it paid off with the work I envisioned including excellent comments from many people, a grade as Distinction, and Computers Now for Best Video Award from COFA Annual 09. Most of all, I found myself again.

I also reconciled with my dysfunctional childhood when I went back to psychologist sessions. Now I figure out what I am capable of and want to pursue in this direction. I have some editing jobs and there is a new project I am developing for a grant to make it.

Looking back at the beginning of the year and seeing how it progressed to this point makes me realise how 2009 has been a long but rewarding one. And I am pretty sure I am not the only one who has been struggling in life for the past few years. Although there are still a lot of works to do and some issues to fix in the unforeseeable future, at least, now I am aware of the future I want to be and there is always a possibility for it. I hope you are finding the ways too.