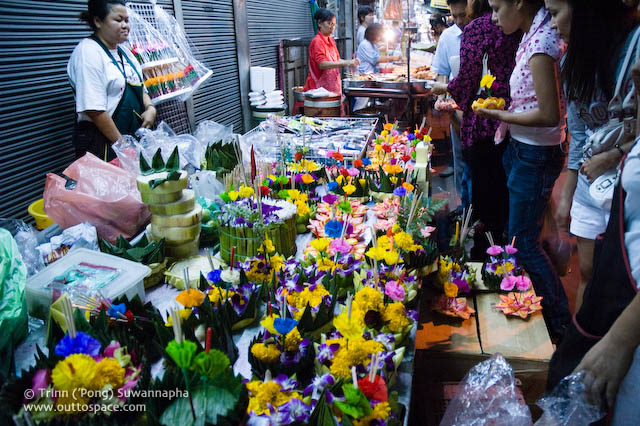 Loy Krathong is the biggest non-public holiday celebration in Thailand. Although some may argue that Chinese New Year is growing, there is a very Thai vibe in this water festival. As I grew with it, it marks the beginning of a series of celebrations in the cool season from November to midst of summer in April the following year. It is followed by HM the King Birthday (National Day and Father Day), Constitution Day(used to be the National Day in the dictatorship days), New Year Day (as in the official Gregorian calendar), National Children’s Day (which I had never been to in my entire childhood), Valentine’s Day (when everywhere is annoyingly pink), Chinese New Year (most businesses are closed anyway) and end up with the biggest, messiest and craziest event in the year, Sonkran (Thai tradition New Year but sticks to Gregorian calendar).

In the hindsight, the Festival is about paying a respect and gratitude to the Water Goddess, Mae Khongka (Ganga). The classical history teaches us that Nang Nophamas a famous court lady in Sukhothai period, invented it. Nevertheless, I have never seen a concrete evidence of this historical figure except the beauty pageants. The alternative history says it derives for Hindu festival of Diwali, which makes more sense since Siamese culture is based on Buddhism with the twist of Hinduism and folk religions. However, the purpose of classroom history is to serve the pride of the nation not accuracy. 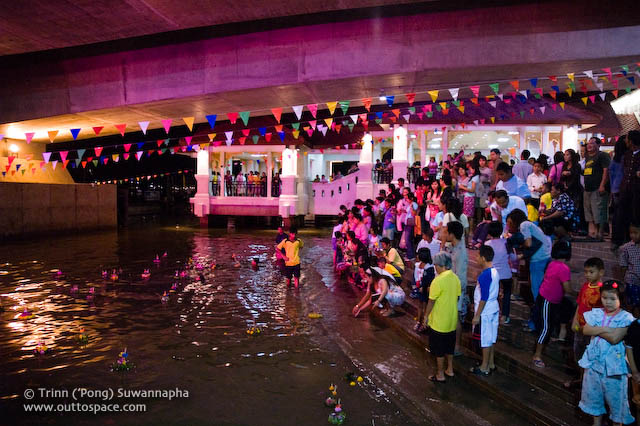 Basically, on the full moon night of 12th month in Thai lunar calendar, people float a krathong; a basket of flowers, a candle, a joss stick and/or some coins, on a river and make a wish. If not, somewhere with water will do. Friends of mine once did in a water tub just to prove that they could. Some variations, like in Chiang Mai, they float light lanterns instead. The scenery of candlelight drifting in a waterway with exotic background is always used in all kinds of tourist and hospitality publication, reflecting an exuberant dream of Sukhothai (Thai version of utopia). It is truly romantic for a couple if they could find a spot not to be quashed by other couples.

In reality, it is a massive event that would never get to point of being overdone It is colourful with a giant krathongs, fireworks, non-stop entertainments and Nang Nophamas beaty contests. Krathongs made of Styrofoam were a big problem to waste management. Anything made of Styrofoam creates an enormous problem to the environment anyway. But imagine everyone in a city of 10-million people dumps a piece of trash in a river on the same night. It is quite contrast to the idea of the respect and gratitude to the water. However, the trend of making krathongs is changing to more eco-friendly materials such as banana trunk, bread and ice-cream cones. We are on the way to have a responsible celebration. 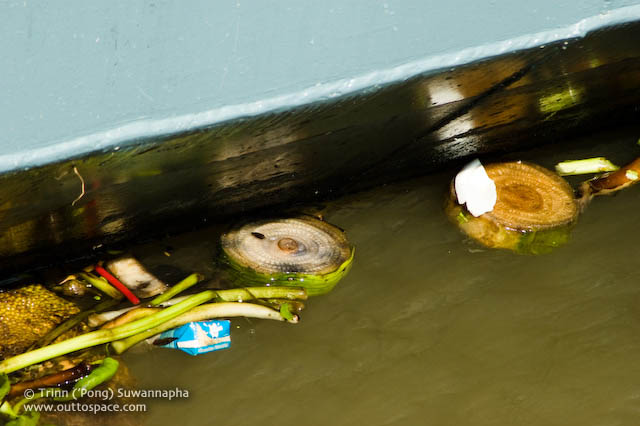 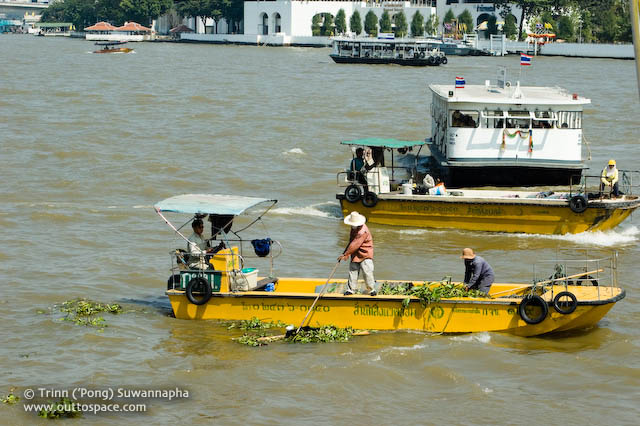 One thought on “Happy Loy Krathong”