The biggest event of the year in Thailand has to be Songkran Festival, Thai New Year celebration. Anyone who has been to Thailand during the event must know how crazy it is there. Thai community here in Sydney celebrates its the occasion mildly. Officially, the word Songkran is not used at Thailand Grand Festival 2007 at Tumbalong Park, Darling Harbour on 15th April. Traditionally, the key element of the event is about water: drizzling light perfume on a Buddha image, pouring water onto elders’ palms and water fight on the streets. It would be very messy and not look good if City of Sydney allowed water to be flushed away during the water crisis in Australia and it is hard to call Songkran without water taking part. A part from that, the organiser, Radio Thailand-Stage Management, tries to keep the community feels at home and interested Sydneysiders get amazed by having a Buddhist ceremony in the morning, stage entertainment in the afternoon and Thai food and craft all day long.

The day begins with the people gathering in front of the Buddha then Buddhist monks arrive and settle on the ceremonial stage. Led by the Master of Ceremony, they pray, chant and meditate. Although they have to strive for meditation in the strong sunny morning. 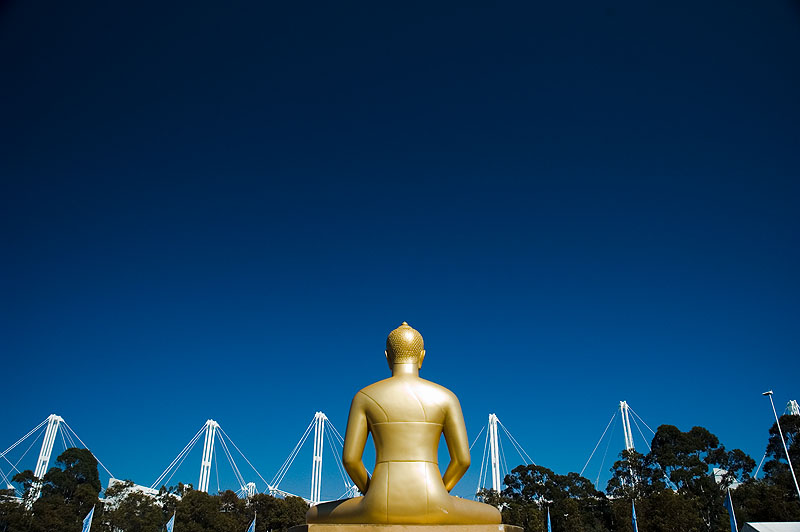 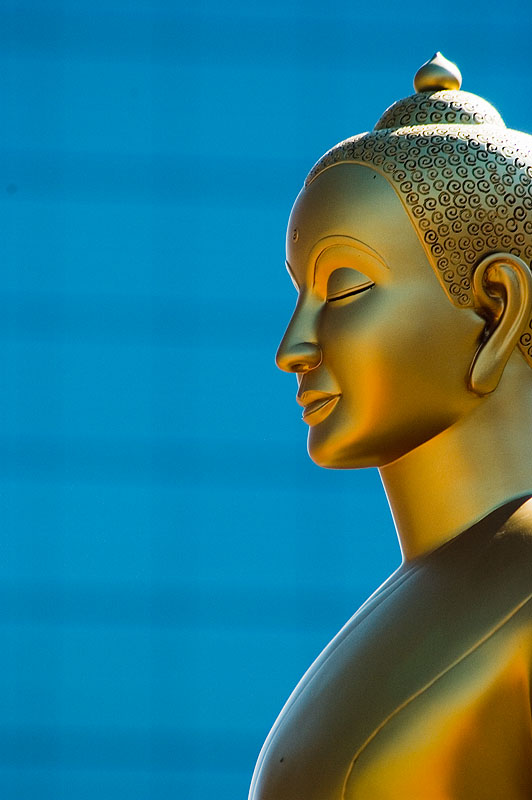 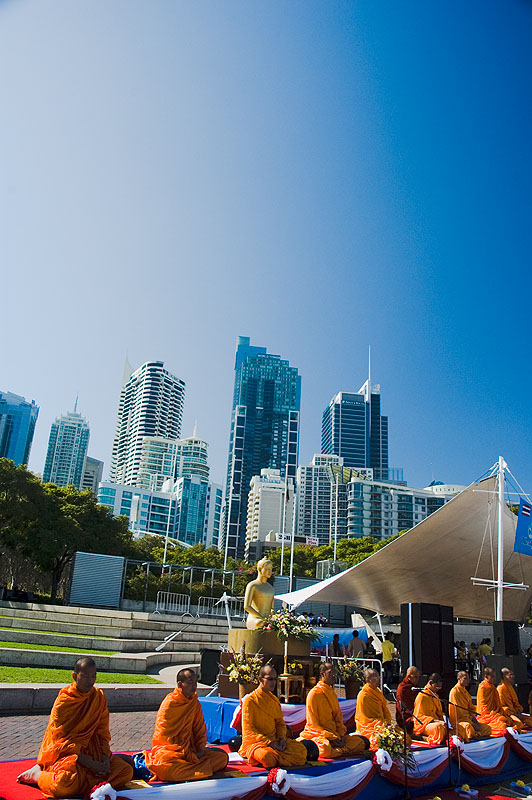 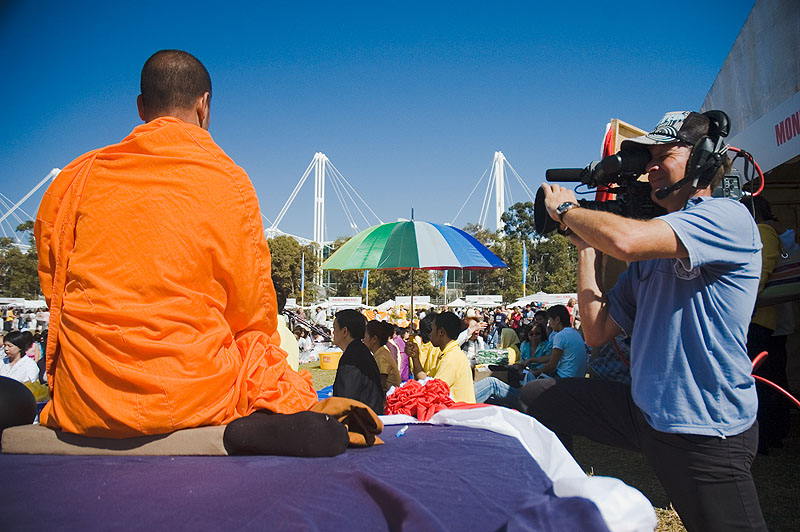 A monk and a camera man in the Buddhist ceremony. The new Thai Consul-General is in the middle of the frame under the shade of a rainbow camera. 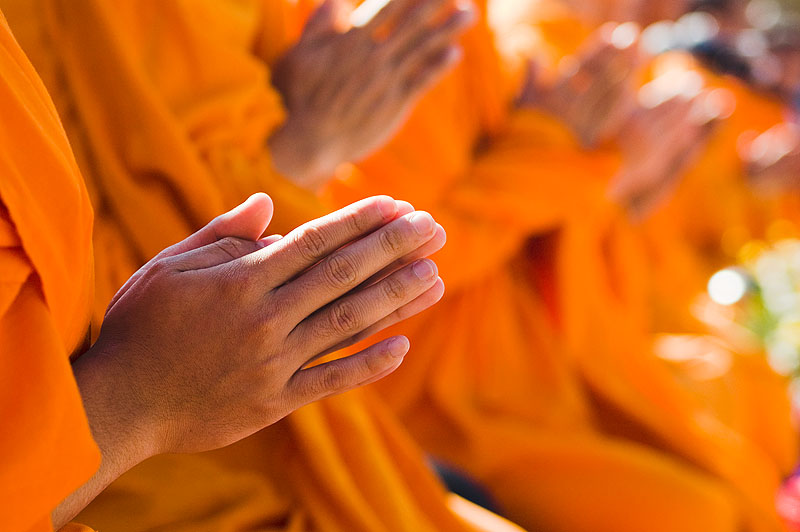 Praying monks in the Buddhist ceremony. 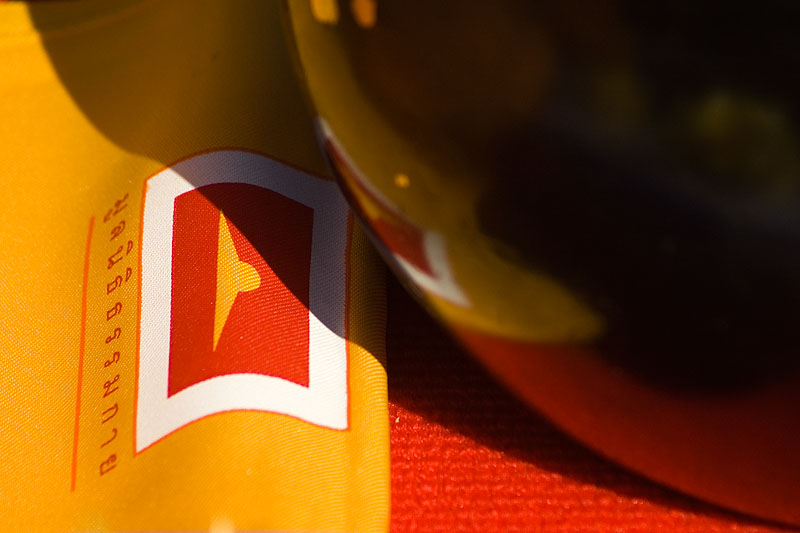 A monk’s belongings: an alms-bowl and an offering-cloth. The the text in Thai and the graphic is Dhamakaya Foundation. They are a reformed Buddhism movement in Thailand. 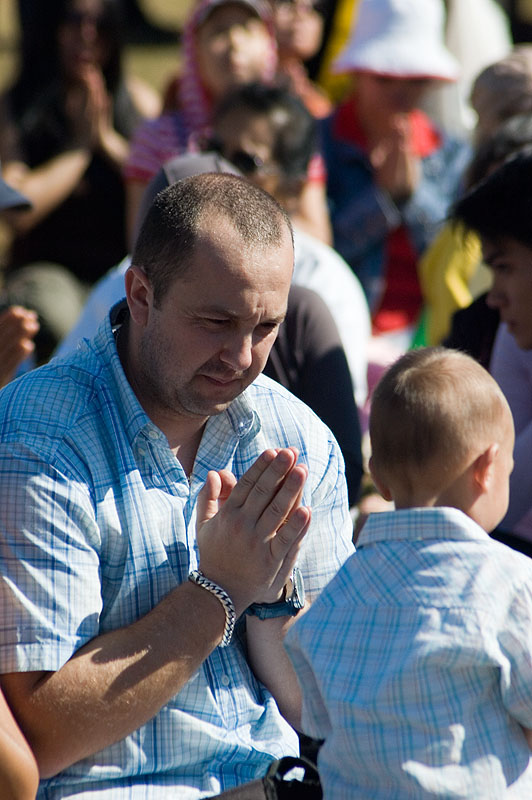 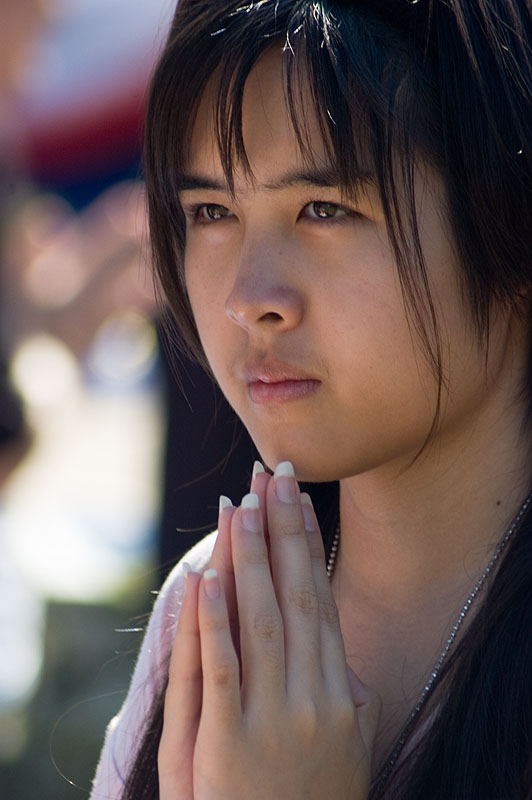 People during the Buddhist ceremony.

One of the core practices in Theravada Buddhism is about merit-making and giving seems to be the easiest way for lay people to achieve the sake of next life. After the meditation session, the monks come off the stage to the people and grant them the chance to give their offerings. 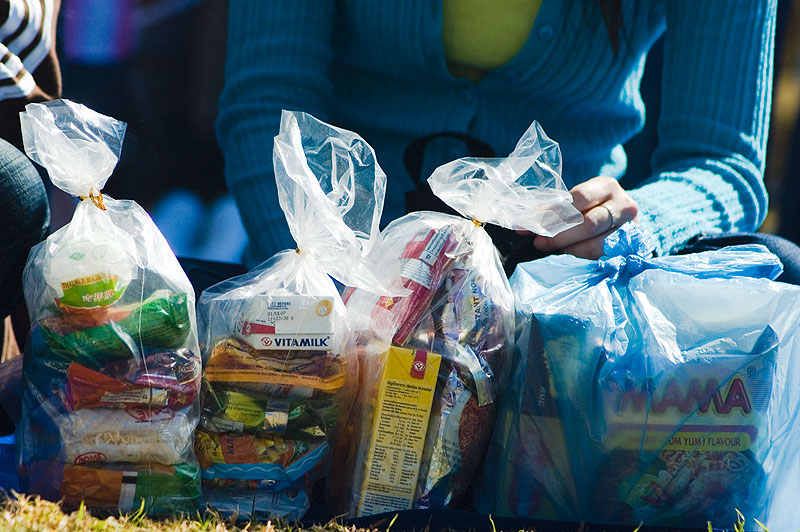 Food prepared as the offerings to the monks. 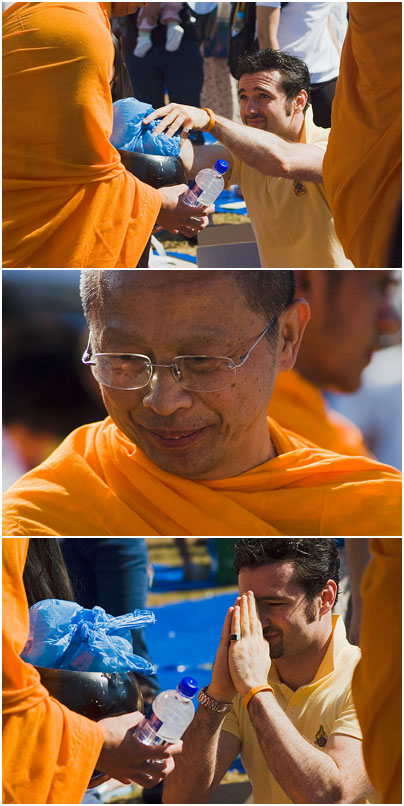 The joy of give and take. 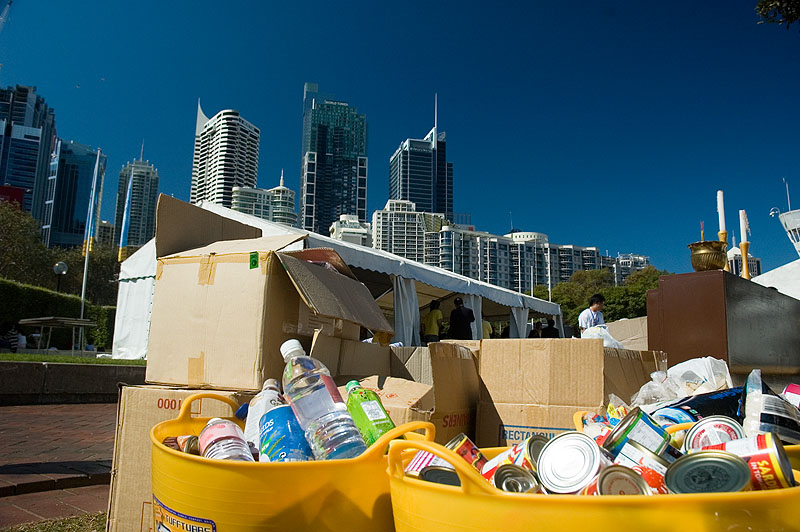 Piles of food that has been offered to the monks.

The morning ceremony is over. Some Buddhist traditions are in service in the afternoon. 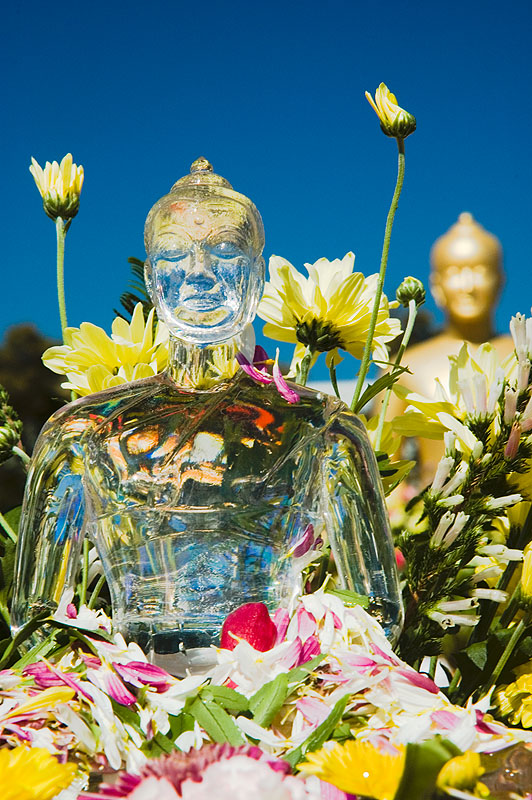 After the Buddhist ceremony, the main Buddha image is moved inside Tumbalong Park. 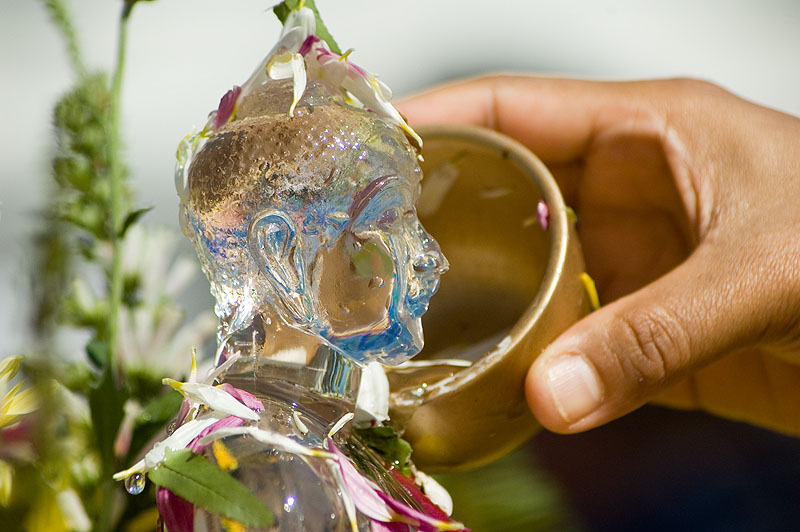 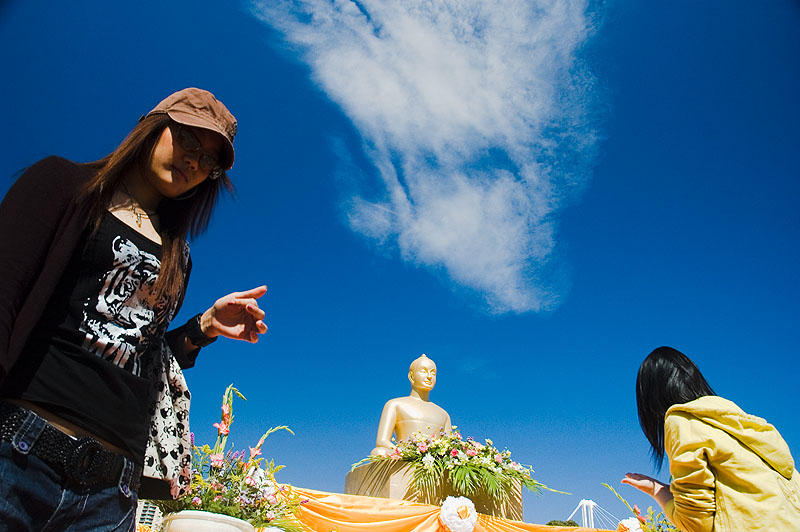 The main Buddha image for the crowd to come over and pay respect.

Thai community is one of many ethnic groups in the multicultural Sydney. The religious ceremony plays the essential role in the event and in reflecting their identity. The other parts are entertainments and socialising which we will be looking at them in the next post.