The hard work in the past few months on my short film as the major project for Master of Digital Media at College of Fine Arts is done. Memory of You | Reflection of Me has been viewed on a big screen at Chauvel Cinema and to see it in the environment made me sob. There was not a big cheer, just a small pause before applause. 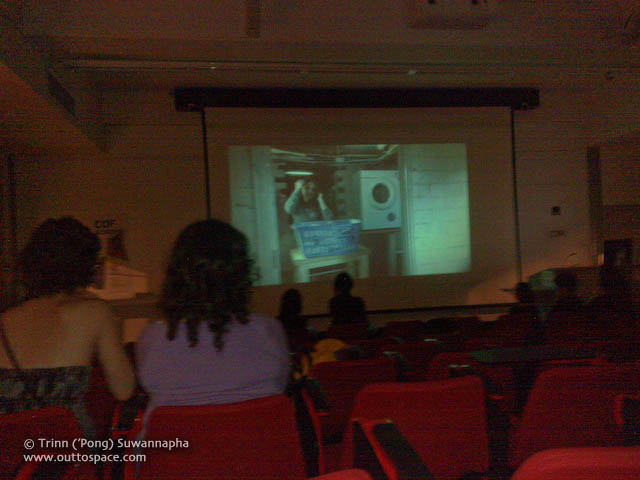 Unlike other graduates’ works, it was not a really entertaining film. Some people walked off in the screening at COFA. I could see why. It was slow and quite long. A nine-and-a-half-minute live action film about depression could hold an attention span in an uncontrollable room at COFA.

However, ultimately, I have told the story and expressed it the way I wanted and it paid off. The film was awarded Computers Now for Best Video at COFA Annual. The prize was very handy for me–a commercial licence of Final Cut Studio.

What is it going from here? Now that the course is finished, I am broke and still living on a dole. I have a casual job at Class Movies for a few weeks. This would help me to duplicate a number of DVDs for the people who helped me on this project (and pay the bills). I will look for film festivals to screen and television channels to broadcast the work. And now I am developing a new project and look for the way to get it funded. Still a long way to go.