Finally, the major project for this course has come to the end with week13 presentation and I have done pretty much everything I wanted to achieve. There will be another big day on COFA Annual Screening at Chauvel Cinema. Unfortunately, the audio in the night will not be surround sound 5.1 as I would like it to be.

In fact, we had to compromise the presentation on a TV monitor since no room in COFA that is equipped for surround sound except CG15. The film was squished into 3:4 aspect ratio in the monitor and the colour was de-saturated. That was the trade off when you want to present your project in surround.

I learned a lot about surround sound design from previous semester and I applied to this project but it is different this time:

Frankly, I do not see why this film will not get selected for Chauvel night. The next challenge is to distribute it and step my foot in the industry. Finger crossed. 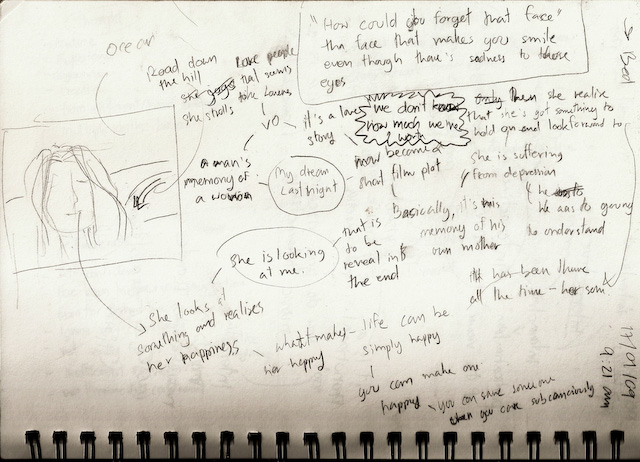 To summarise, I am very happy with the outcome of this project. What was a dream I had in the beginning of the year has become a short film I wanted it to be. And I hope this film will, at least, help someone realise his or her self-significance. In making it, it certainly helped me find myself again.

This project could not finish without help of all the lecturers, classmates in Master of Digital Media at COFA and everyone, cast and crew, involved in this film. Thank you everyone.

PS: This post was the last one I put onto the School’s blog. I find that it is posted here on the day the film is premiered at COFA Annual 09 Screening. At the time I am writing this, it is very retrospective what it has been done in past few months and this project is very personal and introspective. The process has taught me about myself as I used it as a therapy for myself in many ways. It is still a rocky road but there is always hope.