The Great Wall of Sydney has already been dismantled but to complete the picture of APEC 2007 on the ground, the police has to be a big part of the jigsaw piece. Like it or not, they were the one who have to enforce the law and took the action on the streets. And they knew they would not be so popular, especially, the peak of the ground event—confrontation with the protesters.

The key strategy of this biggest police operation in Australia was using themselves as a fence closing Hyde Park North. 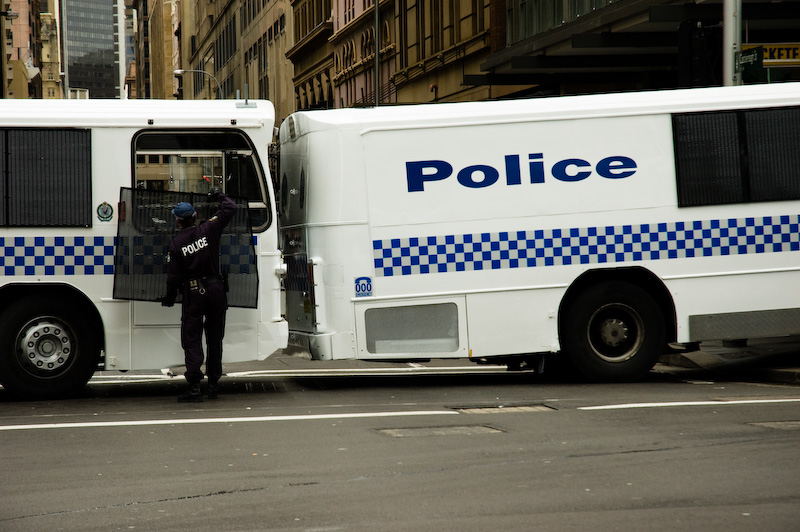 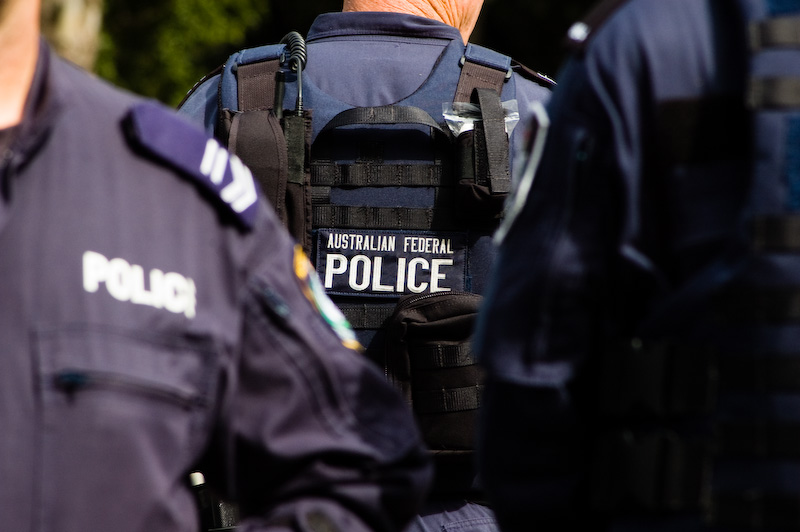 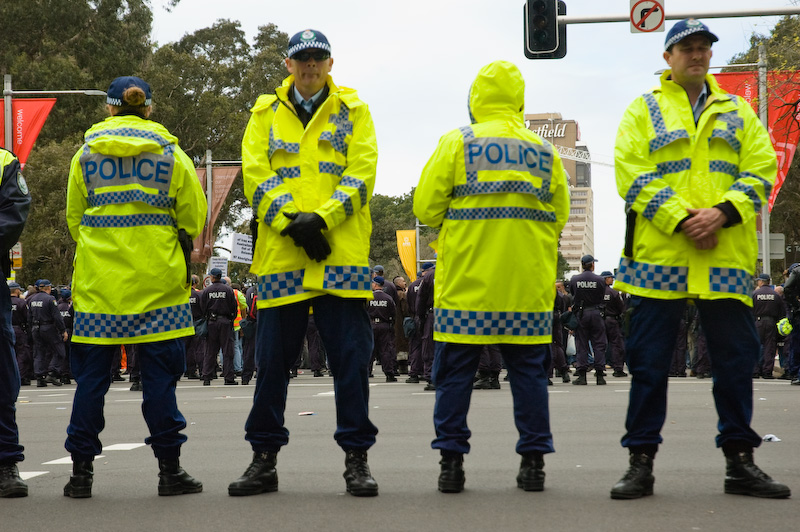 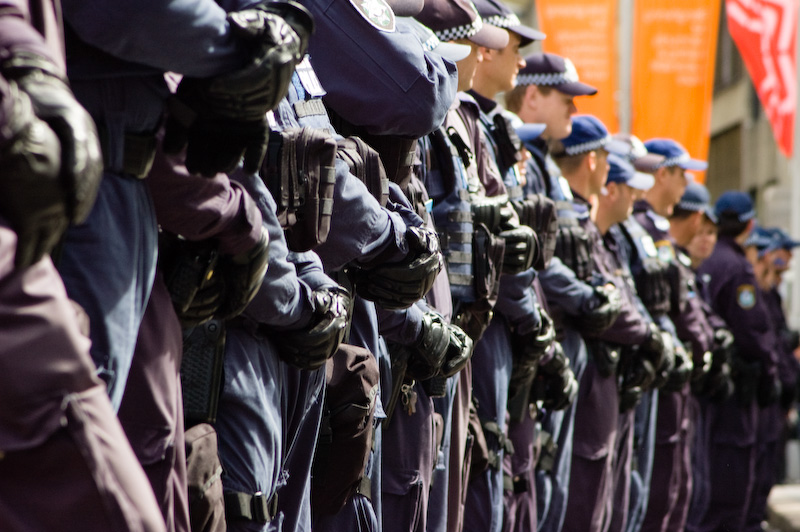 The only exit and entrance to the centre of the protest was on Park Street. The protesters could not move anywhere, let alone go near the restricted area. Although it turned out to be a mild protest, some officers were willing to strip off their dignity by removing their name badges during the operation so that they could not be identified. 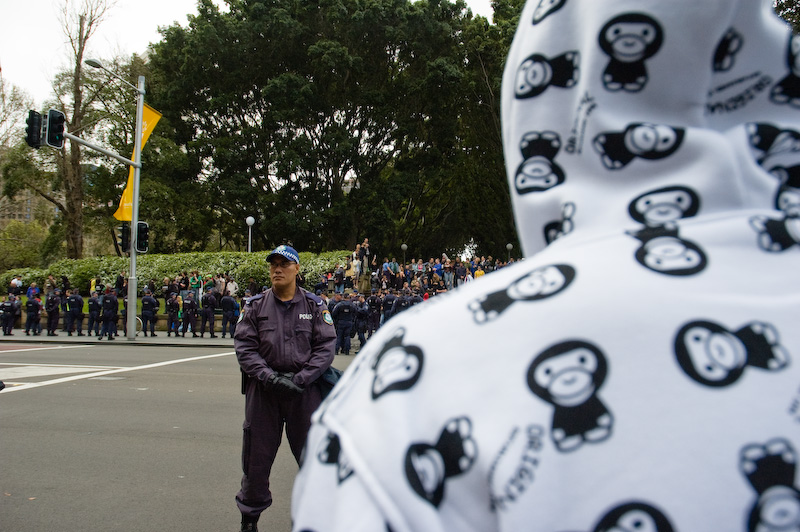 However, most of officers tried their best to do their jobs. 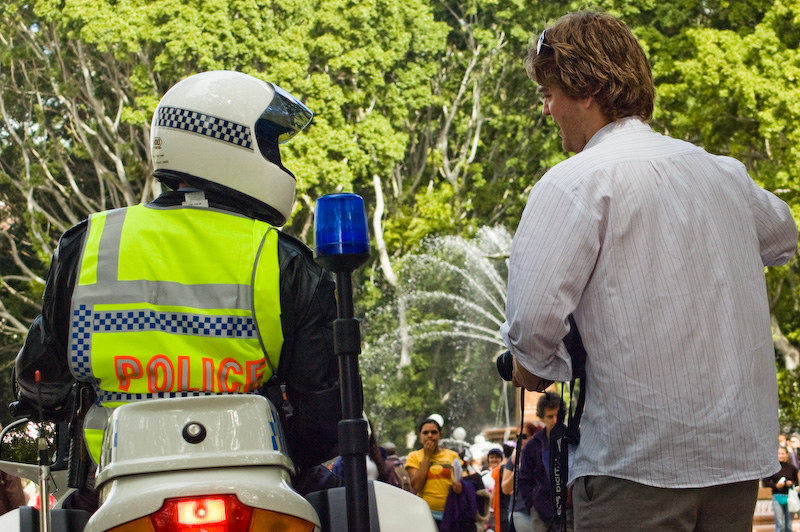 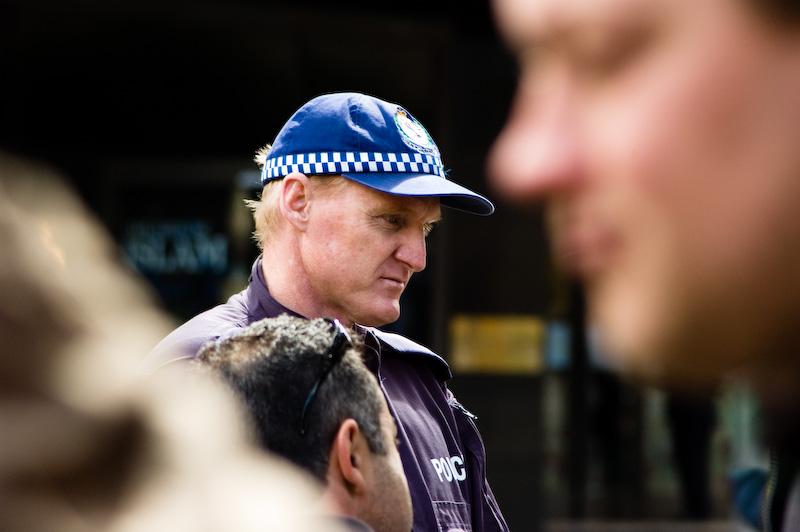 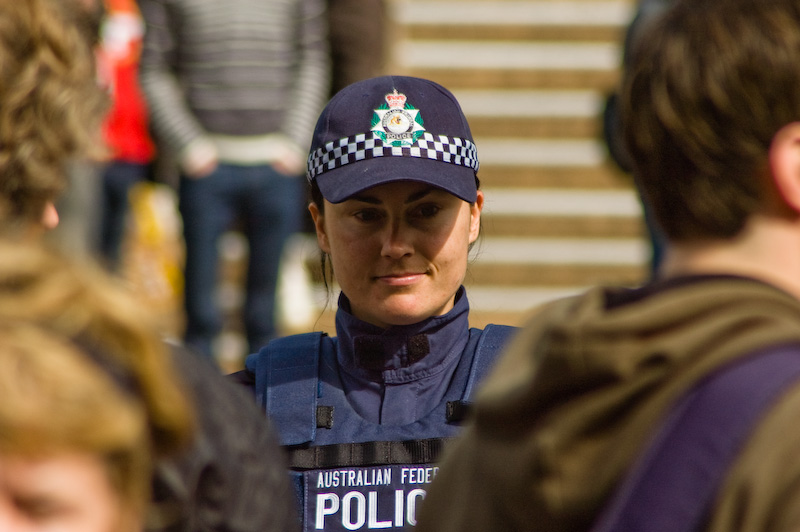 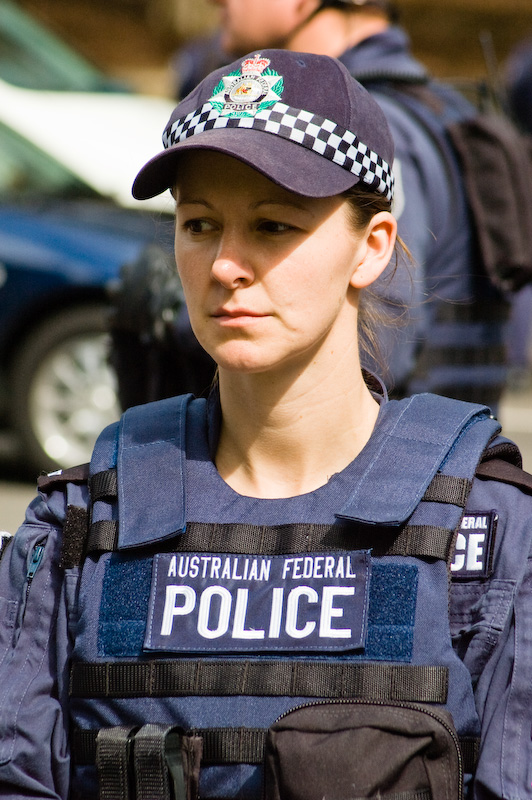 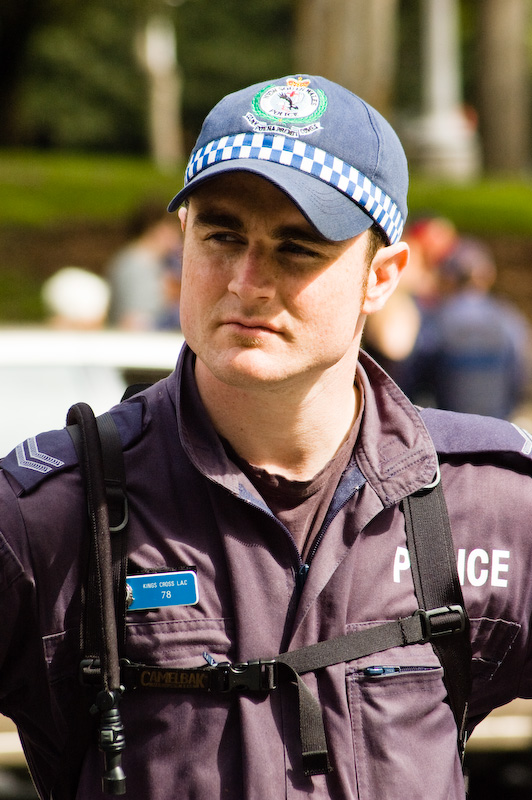 Special power and more resources were given to this APEC event to insure the perfect face of Sydney but it turned the city into an authoritarian fortress. I disappointed in myself for not questioning them enough when it came to my encounter. Well, they’ve got guns.