I cannot remember how long ago I have not googled myself until last night. Amongst the usual associate and photography sites, one surprising result is from Google Books. Thanks to this new beta version of Google search engine, I have found my first photograph published in a book. 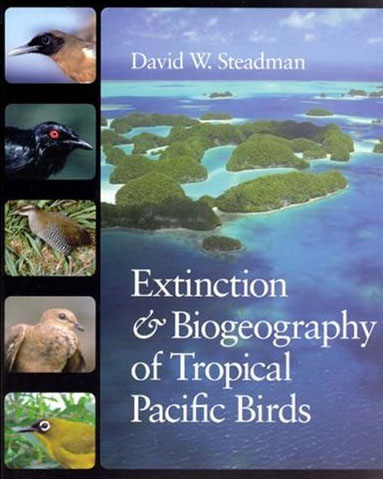 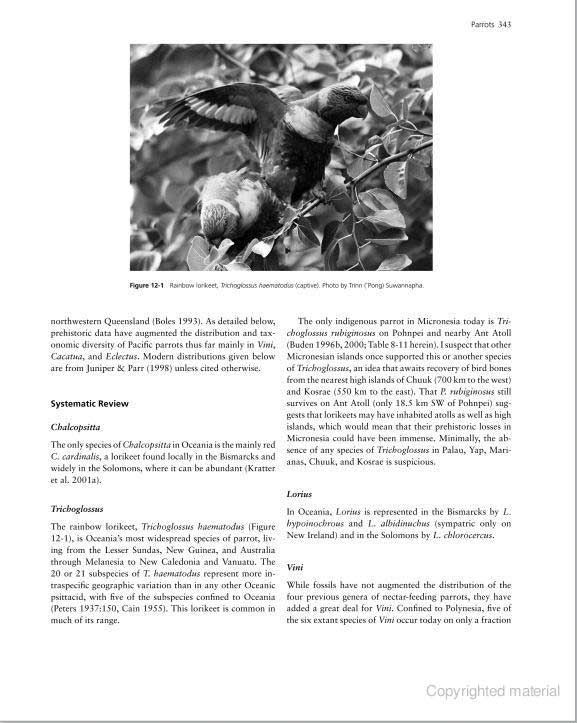 Apparently, one of my good old rainbow lorikeet photographs is an illustration in a scientific book, Extinction & Biogeography of Tropical Pacific Bird by David W. Steadman. I gave the permission to use the image in the book two years ago but thought that the author was not going to use it because I had not heard from him since. So I forgot about it. 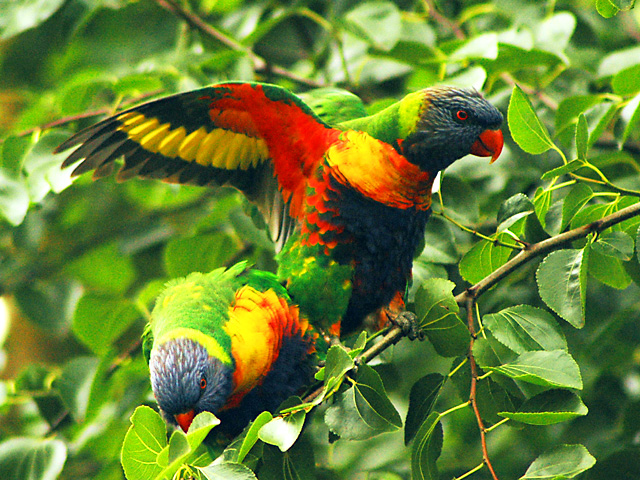 Although the black & white version in the book blanches the colourful feature of the couple from the original web version and, in fact, they are not captive animals as captioned, I feel honoured that it is a part of an epic research of birds in the region.

Sprinkled across the tropical Pacific, the innumerable islands of Oceania are home to some of the most unique bird communities on the planet, and they sustain species found nowhere else on earth. Many of the birds that live in this region are endangered, however; many more have become extinct as a result of human activity, in both recent and prehistoric times.

Reconstructing the avian world in the same way archeologists re-create ancient human societies, David Steadman—a leading authority on tropical Pacific avian paleontology—has spent the past two decades in the field, digging through layers of soil in search of the bones that serve as clues to the ancient past of island bird communities. His years of indefatigable research and analysis are the foundation for Extinction and Biogeography of Tropical Pacific Birds, a monumental study of the landbirds of tropical Pacific islands—especially those from Fiji eastward to Easter Island—and an intricate history of the patterns and processes of island biology over time.

Dr. Steadman came across the image through the Web as well as I discovered the book from the same channel. It is a wonderful world of the Internet.