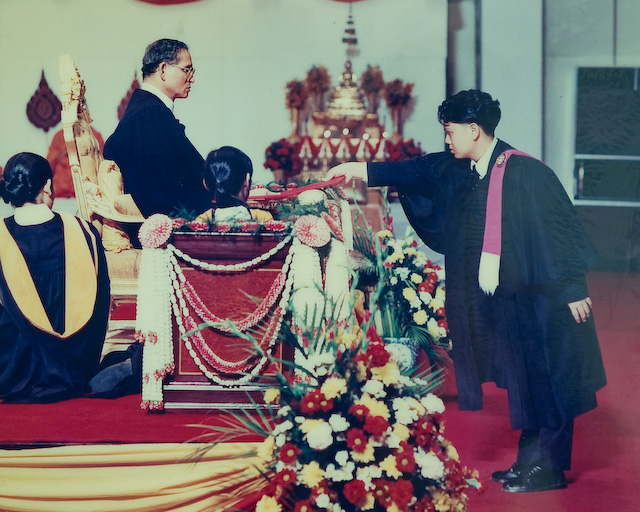 This picture did not really matter much to me until recently. First of all, I have just officially graduated a Master Degree here in Australia but decided not to attend the ceremony and it came to realisation that it would not happen to me again.

The young lad on the right is me and the other one is King Bhumiphol. I am old enough to had a chance of the lifetime to receive Bachelor Degree straight from the King of Thailand. Back then, he only performed this duty for the graduates from top two universities in Thailand—Chulalongkorn University and Thammasat University, where I obtained a Bachelor of Arts in Journalism (Film and Photography).

That was probably the first time I wore a suit. Imagine how hot it would be in around March in Bangkok and, on top of that, we had chaotic photo sessions in the morning. When we all in the University’s main auditorium, the sweat slowly evaporated inside. Once the King arrived the hall and the chancellor reported, all graduates were called one by one. And imagine doing a repetitive actions for hours without a break.

Now, I could not find where that actual piece of paper is.