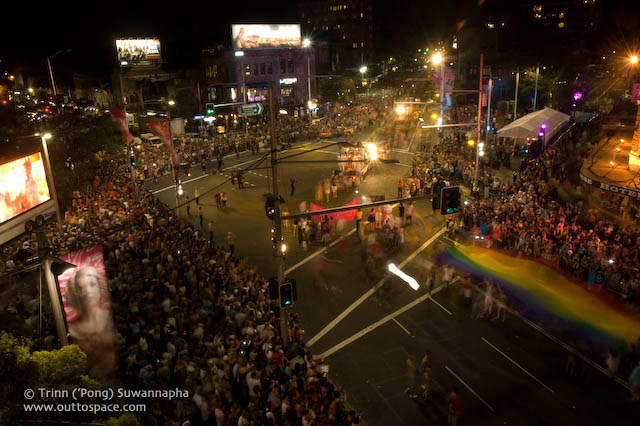 I was not planning to take any photos for Sydney Gay & Lesbian Mardi Gras this year (2010) but the night before the parade, the producer told me they could get me an access to the rooftop of Oxford Hotel and I could do whatever I want up there. I could not resist the temptation to create a classic time lapse of the Mardi Gras Parade.

It was shot manually frame by frame therefore the time ratio was intentionally various on what happened on the street. For instance, The clean up in the last few seconds in the video actually took as much the same time as the parade itself.

Last reply was 1 month ago