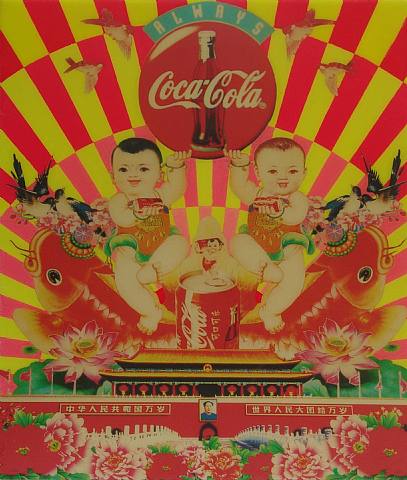 It is no doubt that there is a frenzy of Chinese contemporary art market at the moment although the attention was almost none before 1990s. The turning point of the Chinese art movement was Tainanmen Massacre that many artists had to flee out of country in exile.

Prior to the incident, there were three ways to explore Chinese arts traditions under communist regime:

After Mao in the end of culture revolution, Tdeng was in power and tired to build up economy and artists were hungry for western modernism.

China Avant-Garde exhibition was the landmark show just before the massacre. Wenda Gu was the first who left. To name a few, Xu Bing, Wang Guangyi, Huang Yong Ping, Song Dong, Yan Pei Ming and Wang Du. The taste of freedom after the period of suppressions gained them the success and reputations.

Now artists who work in China get the most attention in the art world with their variety of works, such as Wang Jin, Zhang Huan, Lu Hao, Yang Fudong and the Luo Brothers. There are some tensions between Chinese artists who stay in the nation and who were in exiled and are still working overseas. Ai Weiwei, one of the first artists who fled to New York, tries to reconcile with his work, Fairytale.

With the economy boom, the local art market is also growing with young Chinese entrepreneurs who buy works either for pleasure or investment. It is fair to predict that not for too long there will be a shift of world culture centre other than New York, Paris and London. And everyone is looking at this old dragon.