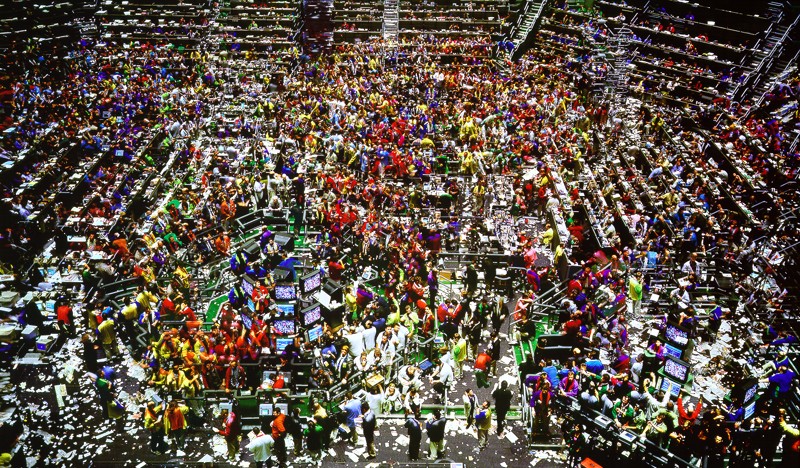 To explore the impact of globalisation on arts, we need to understand the difference between ‘globalisation’ and ‘globalism’. Globalisation is mechanism that tries to chain and connect to planet together whereas globalism is an attempt to make sense of it or even counteract it such as José Bové in France. Since the last decade, artists have different ways to explore this globalisation phenomenon.

While Marc Augé was travelling global mega cities, he saw the world has become and looked all the same, as he wrote in Non-Places: Introduction to an Anthropology of Supermodernity and suggested that modern spaces such as international airports and supermarkets are the same as anywhere else. Andreas Gursky’s photography depicts this estranging modern society. On the other hands, many argue that local characters will adapt to Internationale style and distinguish themselves from it. Furthermore, the cities will never come to the point that they would satisfy themselves and the constructions will never come to an end. In fact, the world is a junk space like Mike Davis says in Planets of Slums.

Art audiences expect the something Paul Theroux calls ‘home plus…’ something exotic but they are familiar with. This is why Sots Art becomes a hit in the West. It has the combination of Pop art nostalgia and Eastern exoticism and also paves the way for Political Pop from China and Cuba.

Another aspect of globalisation on arts is border. Where geographical borders get more intense, buffer zones such as Guantanomo Bay and Nauru Island have been created for the State of Exception as Giorgio Agamben writes. Nonetheless, borders in arts seem spread out of old frames. Shilpa Gupta captivates world wide web audience with bless-bandwith.net. Contemporary painters expand their works to it infinity. Micheal Goldberg explores the world of finance and stock exchange.

When corporations move their production bases to the cheaper labour in developing countries, some artists also play corporate employers role by outsourcing labours offshore like Antony Gormley’s Field and Wim Delvoye’s Cement Truck. Kristian Von Hornsleth has gone further with his village project in Uganda that raised the questions of neo-colonialism.

Magiciens de la Terre was the significant point that diversified contemporary art world. Since then art exhibitions and audiences seem to be more open to Australian, African and South East Asian arts. Nevertheless, Euro-American modernism still is the centre point and controls the art protocol. Arts on the rims still need to build bridges to connect each other.

The world will never be the same with globalisation and it is changing more rapidly with the shape transportation and communication that bring everything closer and easier, virtually and physically. There are many levels how the art world response to it. Wether for or against it, it is a useful tool to indicate the climate of our society.

This is a part of Critical Response Files for Art after Postmodernism, College of Fine Arts, University of New South Wales.