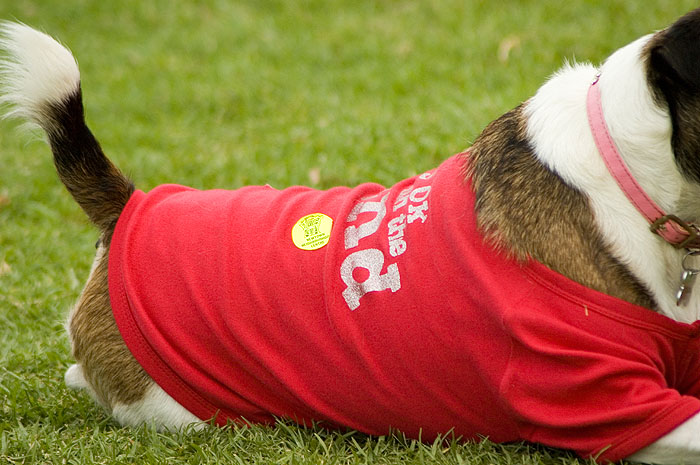 Newtown Festival is a great fun, for the fencing in the event controversy. That means it is less possible to smuggle BYO into the Park and you are more obliged to donate gold coins at the gates.

Anyway, let’s debate the issue on Stil’s blog
But once you buy a ticket, donate, should I say, a “Newtown Neighbourhood Centre sticky dot will be given to you. By the end of the event, here cames my interest—where people stick it on.
Because of the spots become the symbol of cohesion and draw attention from others. I find some non-verbal statements posting around the festival. The dog is a part of the community as much as we are, for example.

See more where people put there spots on my Flickr’s page.

Can you guess where I put it on at the Festival?