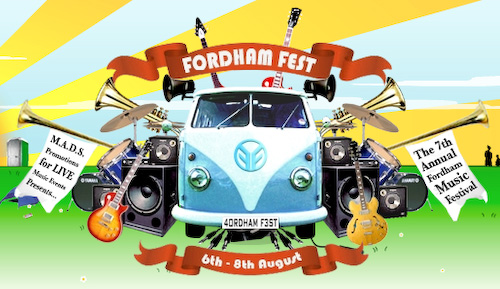 For the ones in UK, Memory of You | Reflection of Me will be screened in Strawberry Shorts Film Marquee as a part of Fordham Music Festival this year. I believe this the first time the short film will be premiered outside Australia. Originally, I submitted the film for Strawberry Fair in Cambridge but unfortunately, it has been officially cancelled. However, the Fair organiser is invited to have their own stage in the Festival.

Apart from the film being shown amongst with other interesting film, I find it is quite amazing to see local communities support each other. I have done event management in the past life in Thailand but most of them were commercial and they were not cheap. My bosses were willing to slash their fees when it came to community works and they actually somehow made us proud.

If anyone has a chance to be at Fordham Music Festival, please check out the Strawberry Fair Stage. The films in the program are very interesting to see. To be specific, my film is scheduled on Programme 9, 7 August, 10.30pm-12.30am.