The Choice Is Hers 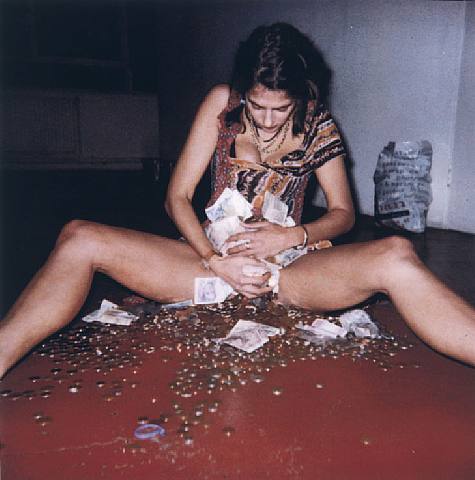 The politics of Feminism has its own interesting journey in the past decades. From the movement of Biological Feminism to Social Construction and Post-Feminism political and social feminists, in general, seek for women’s place in the world whereas female artists find their own ways to reflect and response to the ideas of femininity.

They have come a long way since Yoko Ono’s performance “Cut Piece” (1965-2003), where she sat passively onstage while the audience cutting her cloths piece by piece, to Andrea Fraser‘s “Untitled” (2003), which she asked an art collector to pay her $20,000 then she recorded they having sex in a hotel room and released it in a limited edition.

Judy Chicago and Georgia O’Keefe are good examples who explore womanhood in forms that relate to their biological gender, tending to be soft and open than whereas guys mostly do something hard and aggressive. On the other hand, Barbara Kruger and Sophie Calle observe women’s role in social construction terms.

This could go along with Judith Butler‘s theory. That is your self-esteem is the echoes of something around you. The way we dress and talk responses to the feedback to you. And you reconstruct yourself all the time. You can be a different person everyday and play a game or a role with others. So women can absolutely change and choose to be who they are.