I am pushing my luck trying to photograph Great Wall of Sydney at night. 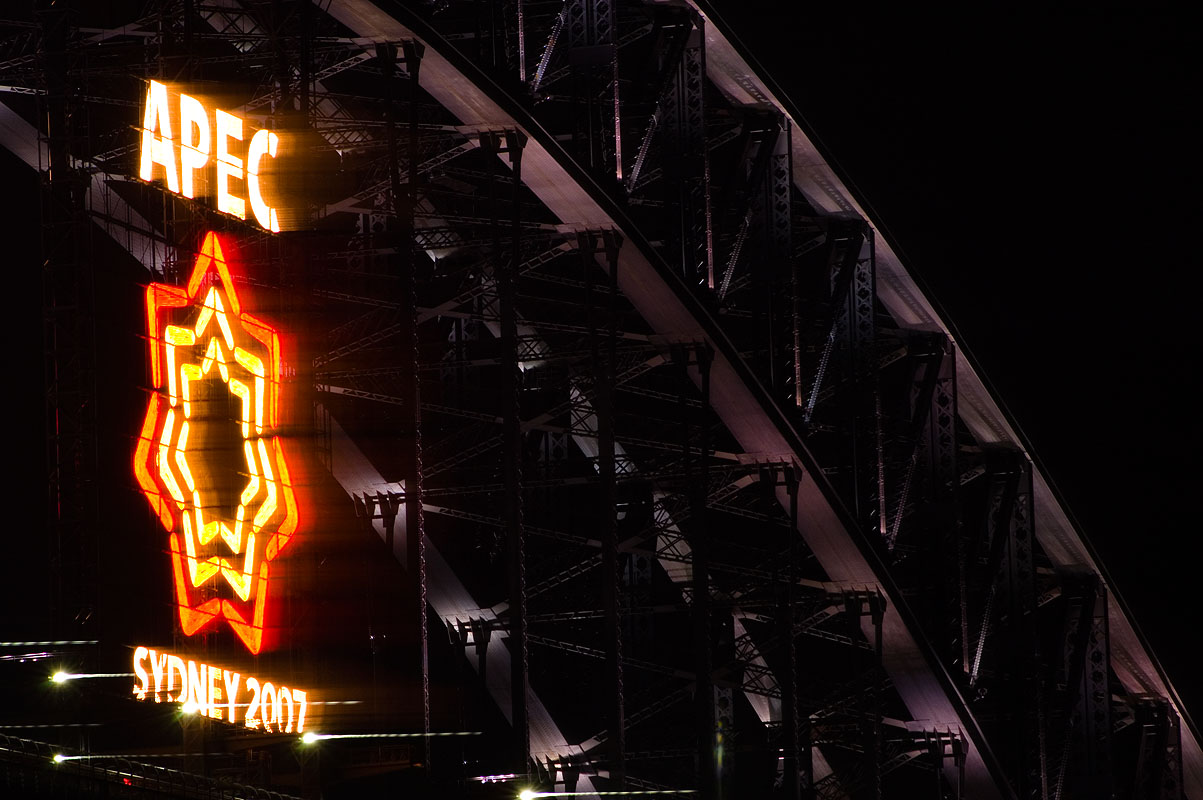 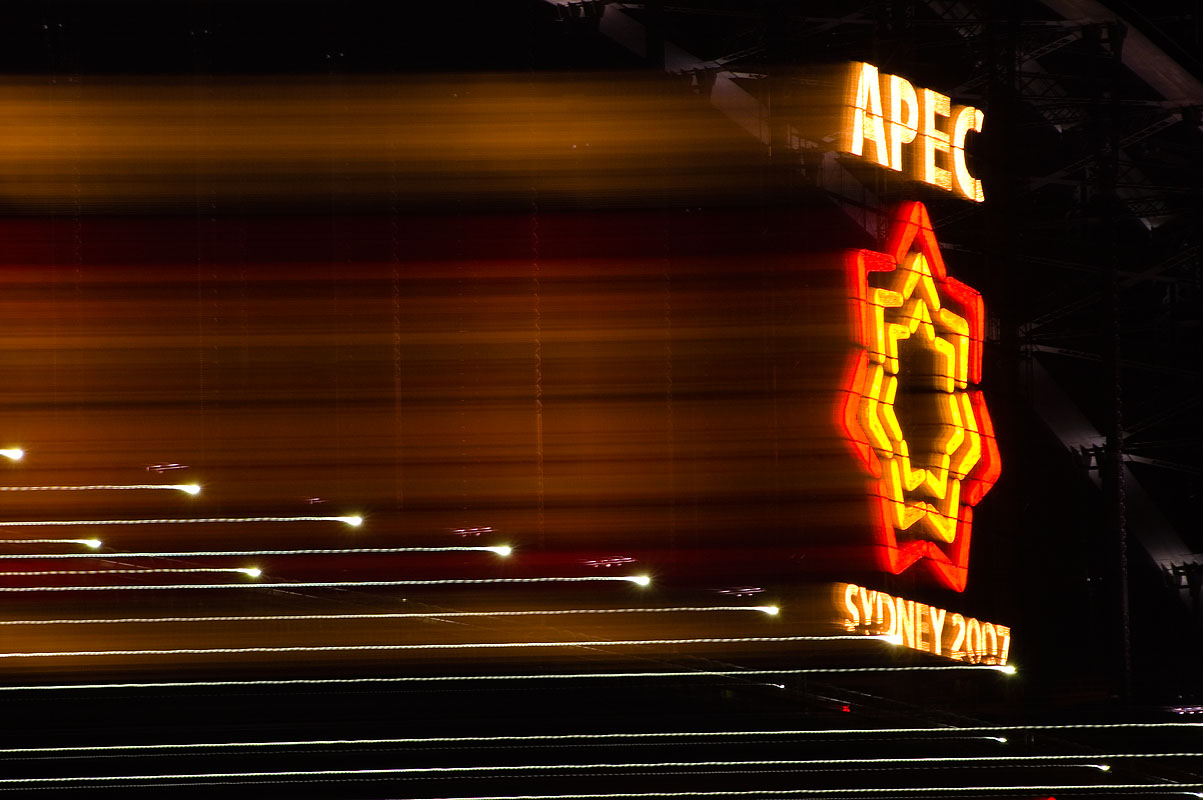 A series of these glorious scenic shots of advertising space on Sydney Harbour Bridge is fine but taking photographs of the Fence, which is effecting locals the most, is prohibited. For security reasons, 6 police officers come over and ask me me to delete the Fence images I have taken and move on . No dramas, I do so then pack the gear and catch the train home. Obviously, they follow me to the train station and hang around in a certain distance but it takes 15 minutes for them to approach me again and ask for my ID. I fully give them cooperation and finally they walk away.

Legally, in common circumstances, taking professionally photographs in some areas in Australia, such as national parks including Sydney foreshore, needs to pay a fair amount of fees. That makes it very hard for photographers when rangers approach and question the activities because it comes down to the definition of professionalism. But in this tourist hot spot no one seems to bother photographers whether they are professional or not.

When the Circus is in town, security alert is necessary. That is for sure but in what prize. APEC Meeting (Police Power) Act 2007 and restricted area have been created and to reassure the safety of the Asia-Pacific Leaders and eliminate any chaos in the event. And here comes the Fence. Walls symbolise security of authority but not the people’s. The erection of Great Wall of Sydney has created never-before contemporary Sydney urban landscape.

Stilgherrian phoned police media liaison to find out what not to be photographed but no clear answer was given. The Act does not mention any regulations about photography. They do not even have a guts to officially document the regulations.

It is like putting a pile of poo in the middle of the room and telling the kids not to smell it, no matter how stinks it does. Prohibition of the Fence becomes double standard and useless. While German tourists were told to delete there images of the Fence, similar pictures are taken with all sort of camera phones and point-and-shoot cameras. And if anyone wants to find the weak spot of the Fence, they do not have to come down themselves, just dig in the images that are floating around in Flickr.

APEC 2007 should be the last John Howard’s masterpiece before the election. But by trend, this event could be his last ever.

One thought on “Blurred Vision of APEC”