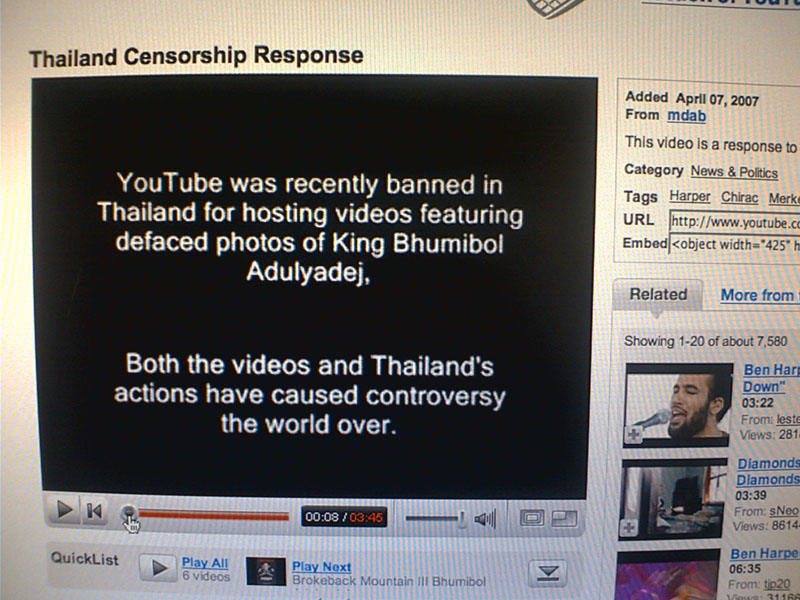 It even gets nastier when Thai Government decided to unplug the entire YouTube web site in Thailand. Earlier Thai Government asked YouTube to cut off the first insulting video of Thai King. They have done so but it is too late. The story inflames and more mocks are coming through. None of them is no way near witty or funny as Basement Jaxx’s You Don’t Know Me.

It is linked to story of a Swiss man who is recently sentenced a jail term for vandalising HM’s image and feared of military-backed government’s censorship.

Social media is a relatively new battle ground in the realm of freedom of speech vs censorship. This would be interesting case to study, especially for the Thais, when the button is pushed like this and it will be more of them coming in this vast and erratic space. The resolve is still in a negotiation between the two parties. In the mean time, the hard-working king is still got ridiculed and residents in Thailand are blocked out from the most popular video-sharing site. They do not deserve those punishments.

Note: This is not my normal photoblog post but the story is tickling me. I am working on a new blog which allows me to put my view of the world into words more. Stay tuned.