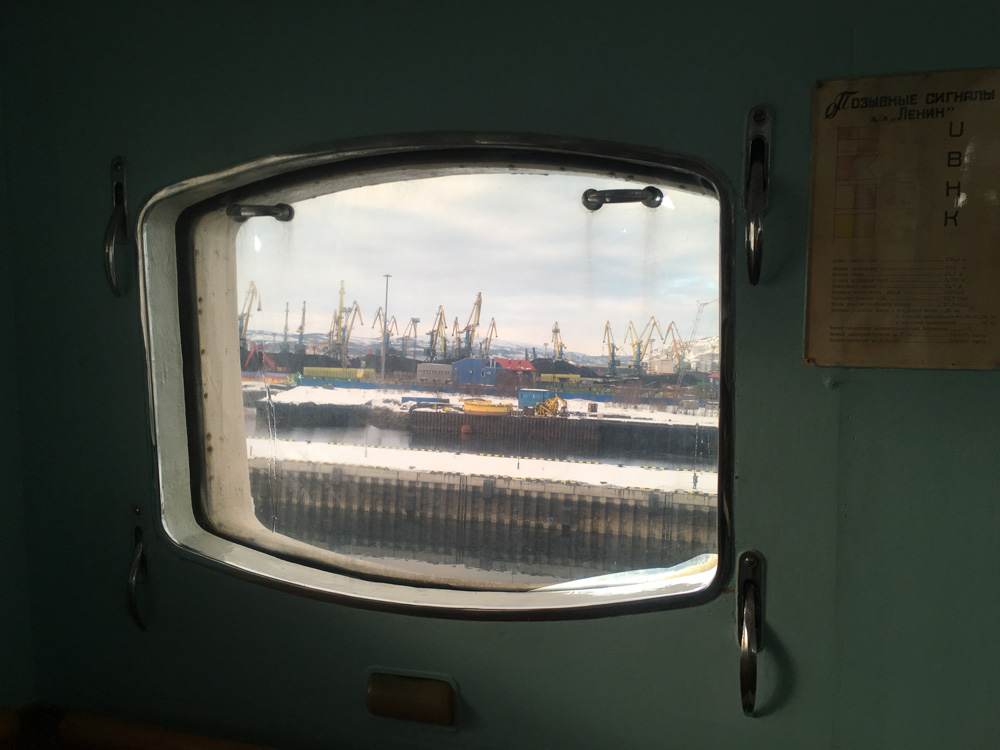 Before we left for Moscow, there was less than half a day for Angelika—our guide—to take us for a city tour. Even though the tour was short, it was the last chance I could really see the city. And I got to know more about the city.

We were picked up from Aurora Village back to Murmansk city. The ride was halfway from Teriberka. But the weather was much better than the way to see the Arctic. So, the landscape was less exciting, I found. Plus I had a little sleep from the faint aurora sighting the night before.

Angelika joined us in the city. The itinerary was tight. She took us to Church of Saviour on Waters, Alyosha Monument, Waiting Woman Monument, then a quick late lunch break at Murmansk Mall, and finally, an exclusive tour at Lenin nuclear icebreaker.

The one nature of a package tour is quantity over quality, I found. However, when I asked about the port, I got to learn more from Angelika about the ties between its people and Norway, which was closer than Moscow. I’d say my curiosity went beyond the usual tourist stuff. But what I couldn’t take my eyes off was the Khrushchyovka as when I first arrived in the city. I really wished I’d had more time with it.

After the city tour, they dropped us off to the apartment we took through booking.com. There were some issues with the place. One was the communication with the owner. He didn’t speak much of English. Luckily, Angelika came up with us to the apartment and translated for us.

And there was something dodgy about it. The place looked great. It was a spacey one-bedroom apartment and a living room with a sofa bed. I didn’t mind sleeping on it but didn’t realise my friend actually booked for two apartments for the price she booked. The problem was that the other apartment was a bit of a walk away. At that moment, we were tired and I just wanted to stay put and rest. The catch was the owner would offer a discount if we would stay in that one place and my friend would cancel the booking on the website. With some internal discussion, we decided to take only one. Of course, the boys would take the sofa bed. It was just for one night anyway.

The discount he gave us was about one-third of the original reservation. Since we pay cash on the spot and the booking had been cancelled online, he received more money than the apartment was listed while the other one was now available. It felt like a rip-off but we had to let it go. However, it was gold for me that Angelika rolled her eyes about him while interpreting for us. It was somehow a reassurance about being human.

In the end, we got a good rest and had a great dinner in the city before the final aurora, which became another long night for me.

Interestingly, I met more Thai people in Murmansk than in DC, from the night at Aurora Village, a tour at Lenin icebreaker, and at the aurora hunt on the final night. It was noticed by a Russian woman from another group tour I had a conversation over the vodka that more Thais had come to the city in recent years. Obviously the tour operator targeted Thai tourists.

It was my third and last full day in Murmansk Oblast. And it was the first time in years that I was with a tour guide. Fortunately, it was toward the end of touring aurora season in mid-April. So, it wasn’t too busy and five of us were pretty much exclusive almost the whole trip they took us. And we had to thank Angelika, who took care of us along the trip from the day trip to Teriberka, the two nights of aurora hunts, the city tour. Certainly, it was quite an adventure and really memorable.

Getting High in Toronto