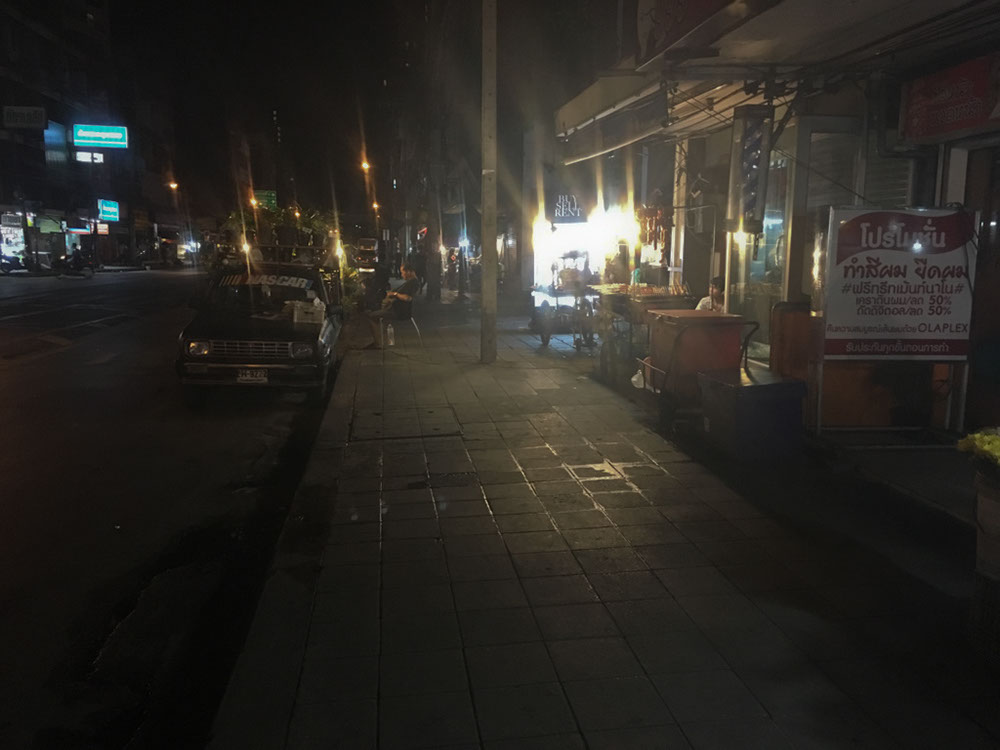 I love Bangkok for many reasons but one of the things I hate the most about the city is that the pedestrians’ rights are being ignored and violated heavily. However, when I get back from DC this month, there are some obvious changes on my neighbour’s streets in Phra Khanong area that make me feel welcoming. One is the installations of anti-motorcycle barriers and the other is the reorganising of street vendors.

Bangkok is quite infamous for its traffic but it doesn’t really bother me that much as long as public transport is still running reliably. So often that I rather walk unless it’s too hot, humid, or raining. But it is also often when you walk on the pavement and have to give ways to motorcycles. They illegally make a cheap short cut on the footpath—pedestrians’ footpaths—to avoid traffic on their roads where they are supposed to be. I find it is extremely unfair.

This is why I’m glad to see those anti-motorcycle barriers popping up on Sukhumvit Road around Phra Khanong Station. They are called ‘S-guard’, apparently. Even though I don’t think they will completely eradicate the behavior, at least, it’s a start to discourage bikers to evade walkways.

To a more controversial issue—street vendors. It has been somewhat a win-win to both vendors and customers. Optimising public space for micro business is not uncommon in Thailand. Bangkok’s street-food scene is one of the best in the world. And I couldn’t agree more. But when Bangkok Metropolitan Administration announced they were going to clear up the streets, there were some outcries about banning the unique Thai vendor culture.

On the very first night back in Phra Khanong, I am disoriented to find that half the vendors disappear from the street. There are only stalls on the building side of the pavement. But further down, those missing vendors are grouped together in small open area in front of a building that hasn’t been commercially utilised for years. It’s a relieve to see that my favourites noodles vendor is still there. 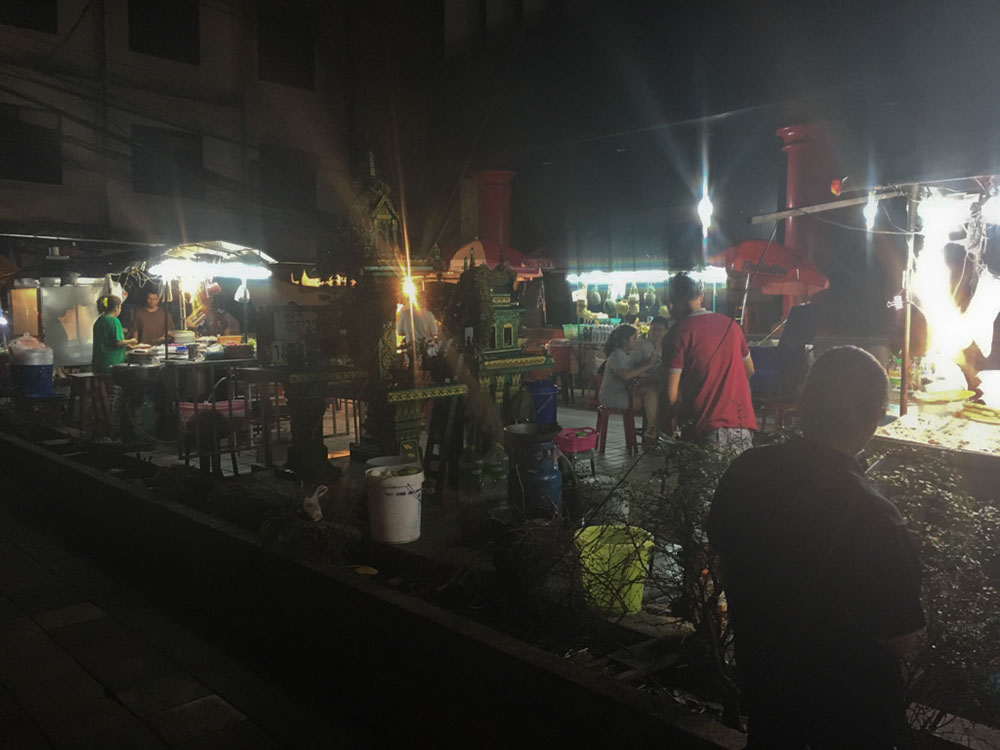 Personally, I like to have good footpaths to stroll on. At the same time I don’t mind getting something to eat there as well. These changes seem to be a practical compromise for me. And Phra Khanong is fortunate that is working. This might not be the case in other areas as some reports say.