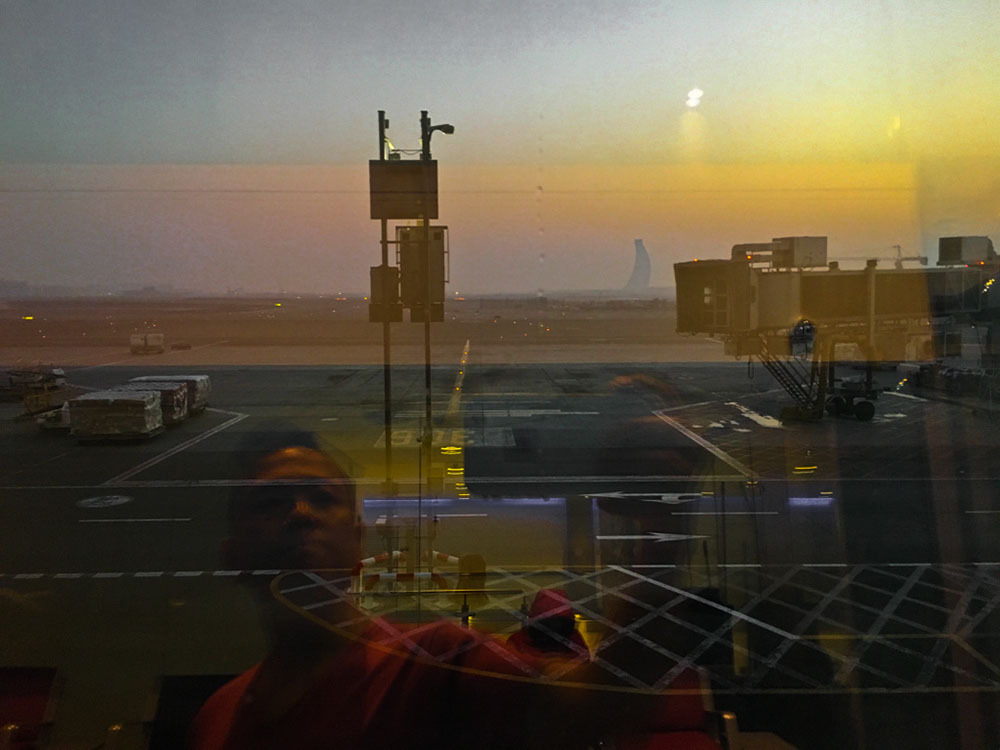 Looking back in 2016, I have spent time around six months each in Washington DC and Bangkok, going back and forth. Things I have learnt from it were life as a migrant bird seemed to be the pattern now and these physical travelling weren’t as intense as the inner journey I’ve had.

Continuing from August 2015, I was in DC until March. Those eight months shook my mental state into an identity crisis and self-doubts. The biggest one would be why I keep running into uncertainty like that again and again. That created a quest for me to try to comprehend it.

At the same time, work-wise, I was pleased to see the last video I produced at the last job in Bangkok in 2015 was finally published. It was another video I pushed through, using live-action to convey messages of a report on Thailand’s education system.

And there was a project that I had to work on night and day to finish before the contract ended. It was to promote a live forum of 2016 IMF/World Bank Spring Meetings on Future of Food.

I couldn’t wait to get back to Bangkok in April to reconnect with myself and to finish the Twelve Years of Out to Space series, which was a part of the quest to look in retrospect. It was such a good documentation of my journey through those years. And I wanted more so I took a trip to Sydney for three weeks to retrace the decade of my life there.

However, a five-month break from work was too long. There were lots of drinking, gym, and massages but not enough reflection or motivation for anything else. Even though there were some video projects that kept me occupied like an animation on Malaysia’s economy, it was frustrating not being able to pursue anything else. I could only produce Thailand Political Timeline as a personal project.

So, again, I couldn’t wait to go back to DC in September for work. This time, I had another mission. That was to take care of cats of a friend who had an assignment in Hanoi around the same time as me in DC. It was a fresh sense of household responsibility that had been absent in my system for years. It felt good to have that back again, especially, it forced me to stay away from pubs.

The work went more smoothly than last year. And apparently, one video got the most view. It was rare to have a video I made passed 5,000 views on YouTube.

Most of all, that yearlong quest was somehow found in Detroit. Ironically, the search was concluded in the US, back in where it started. In the consequence, that self-revelation gave me the drive to have an about page again as a birthday present for myself.

Now I’m back in Bangkok until the end of January. I brought some works with me for something to do. And I also finished up the year with a video about Thailand’s economy.

I actually find that I enjoy flying back and forth half the world, Bangkok and DC. It is much better to spend the New Year here than there. On the other hand, I love my job in DC.

Life as a migrant bird in 2016 has been like running a marathon but in the state of mind. To get to this mental point is very exhausting. But it is always rewarding to reach the finish line. I’d say it was an achievement to discover the core inside me. And I think I have enough of looking back and invert. I’m grateful to be able to get through this past couple of years and start to embrace in this life pattern.

2017 will be an interesting one with the turn of the monarch in Thailand, and the turn of the presidency in the US. The years ahead are still challenging and it’s time for some planning.

Last reply was 2 months ago