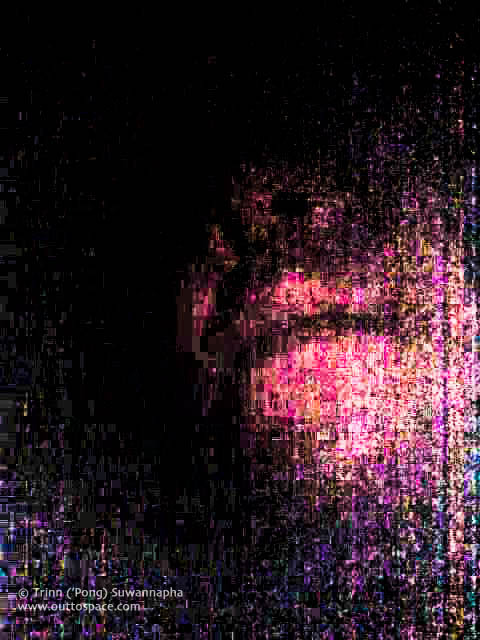 Out to Space Year Seven: the Hollow

It has been twelve years Out to Space was out first out to the world. Looking back in those years, there have been a lot of shifts. The cameras I used were ranged from a point-and-shoot camera, a DSLR camera, and to several incarnations of smartphones. I also have moved to different cities: from Sydney, back to Bangkok, and now in Washington DC. There are quite a number of stories I have put it out here through photos, photo essays, videos and so on. And most of all, it has been incredible documentation of my roller-coaster life. During these years, I have learned, and still am, about the craft, the cities I live in, and most of all, myself.

By April 2010, I had been actively blogging on this space for six years. It mostly reflected on the passion for the work I did so far in photography and videos. But after I finishing school at College of Fine Arts, the big question was what next! My life became vague and the blog became hollow.

Well, I was supposed to make a living as a media artist/producer, wasn’t I? But the harsh reality was that it wasn’t easy. Even though I got a regular casual job as a video editor to live by, my career needed to be more sustainable.

Street photography or multiculturalism didn’t flare up to me anymore. There was a revisit to the urban bird and back yard theme but that wasn’t it. In fact, I hardly picked up the DSLR at all. No concrete new idea for photography.

There was one trivial series on morning toilet paper I drew on it while taking a crap and took a picture of them every day. (What I did with them after that would be a bit gross to elaborate.) Strangely, it was somehow a part of my dealing with depression.

One moment I was in the zone was chasing shadows of people on the streets and capturing on video. That became my first entry to Kino Sydney. It was well-received by the audience and I was pleased. That was it, to make another short film.

Intermission! So I reckon @apostrophepong‘s IDENTITY CRISIS is the pick of the night so far. #KINO37

That would be about anxiety, yes, and another mental issue. I put my project up for crowdfunding. Unfortunately, my heart problem emerged and it was terminated before the campaign due. I had enough. My focus shifted from it to getting back to Bangkok.

So, life in Australia came to an end in December 2010 after nine and a half year. While I was flying back to Thailand, I watch the Wizard of Oz on the plane. It was like Dorothy waking up from her dream. I tapped ruby slippers and chanted, “There’s no place like home”. Back then, it seemed bitter when I left but I would not trade the experience there with anything. And this blog was a big part of it.

Luckily, the day before I left, I got a phone call to offer me a job in Bangkok. It was an online producer for World Bank in Bangkok Office I applied for six months earlier. The long process of recruitment made me give up this prospect. But it turned out to be such perfect timing. The question I had for the whole year was answered. I finally had a sustainable job, a decent one.

In the other hand, that affected my time for the blog as well. It would have been filled with posts about the resettlement in Bangkok and my reflection on the native country. However, I could only do it in January 2011. Once the job started, the blog was almost completely ignored and empty.

So, I would this year seven of Out to Space was the beginning of the hollow of the blog, sadly.