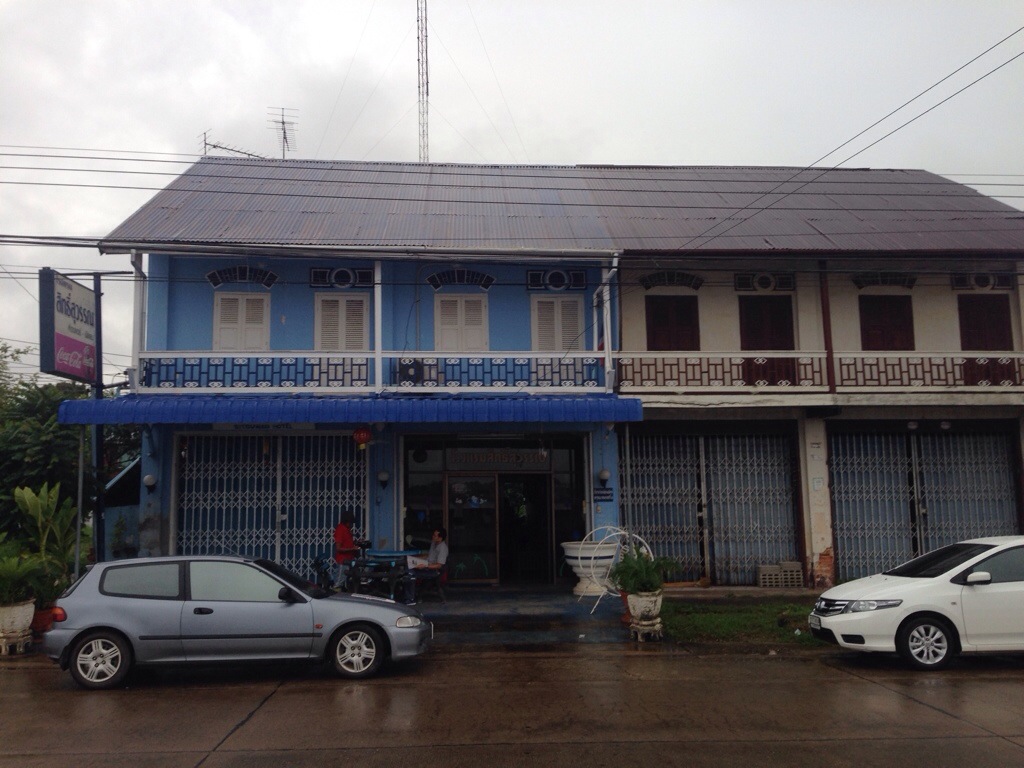 One thing I could not really afford to miss in Si Chiang Mai, where I spent the first night of the trip was to run along the Mekong River. It was a nice way to explore the town. I used to come here on school breaks but had no memory about this place.

The first thing that struck me was the façades of the houses by the river. They were like time stamps of architectures such as temples, wooden and concrete shophouses.

I was told that the town used to be very busy because it was right opposite to Vientiane, the capital of Laos. People used to get across the vast river by ferry. But that slowly died out when the Thai-Lao Friendship Bridge opened in the 90’s.

That could be one of the reasons why you could variety of house styles along the strip.