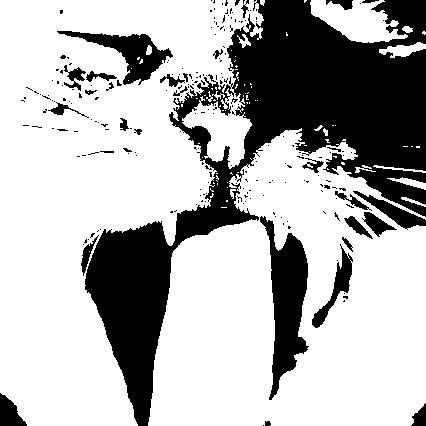 It has been a sad week.

While I was on a holiday trip in Hua HIn, I heard the news about badly ill Artemis via Stilgherrian’s twitter stream and blog. It distressed me because of the obvious reason—the bond between human and their pets. But there was more in my head.

I decided to move back in my home city, Bangkok, after living in Sydney for nine years because I found that there were fewer opportunities for me to work in media field. It was a good timing for me when I got a call to offer a job just on the day before I left. To be honest, the relocation became one of the most liberating choices I made in my life.

It was somehow a relief not having to deal with job hunting, house hunting and staying alive in Sydney anymore. On the other hand, I was sick worried about ones I left behind, especially, in this tough time.

Meanwhile, Stilgherrian, who has already been stressed up, had to deal with sick Artemis until the last minutes of her life. First thing that struck me was survivor’s syndrome.

Hearing that from the thousands of kilos away and knowing that the chance I would ever pat the cats for hear them pur again was very slim made me feel helpless and selfish with the lingering connection and imagine what if I was still there:

With the inevitable Artemis’ kidney failure, I would have the last pat before they put her asleep forever and could help Stilgherrian at some point, just to be around.

However, it would not have been easier coping, either. Besides, there would be more pressure with less certain future with career, house and so on.

It was a difficult decision for Stilgherrian to put Artemis down but that I strongly believe that was for the best for her and for himself.

I would like to thank you everyone who supported Artemis and Stilgherrian, financially, logistically and emotionally. The generosity towards them is astounding and that, from my speculation, helped ease Stilgherrian’s stress.

I still have tears in my eyes writing this. Part of the deal of having pets is to accept that they will pass away, just as we all will. But beyond that we need to learn to move on and live up to our decisions. Stilgherrian and Apollo are going through a transition time. I am facing a challenge with a new job in a multinational organisation called the World Bank.

And Artemis, you will be immensely missed. Just in case you did not know, you were one of a few beings I deeply connected with. Whatever the trauma you had before we met, I was honoured that you put your guard down and let me in.

3 thoughts on “Artemis, the Lingering Connection”