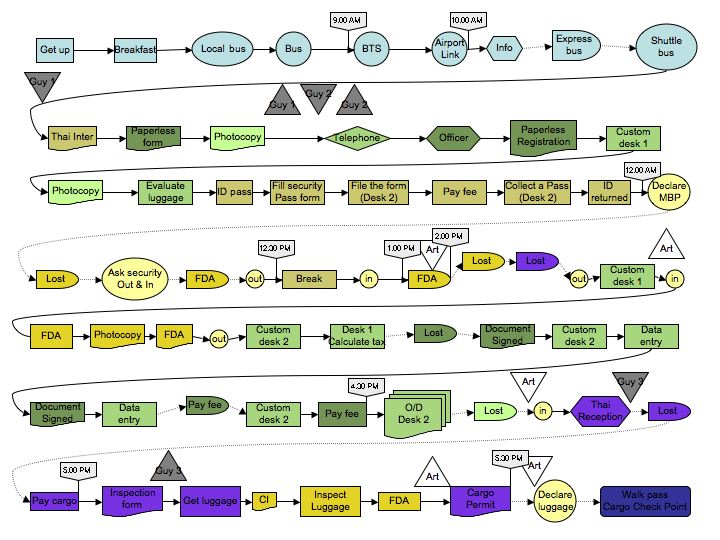 Well, it started on the day I left Sydney when I had an excessive suitcase and it had to be sent later with a fair amount of surcharge. I paid a price for that but what I did not realise was how complicated to get the luggage out when it arrived at Suvarnabhumi Airport. 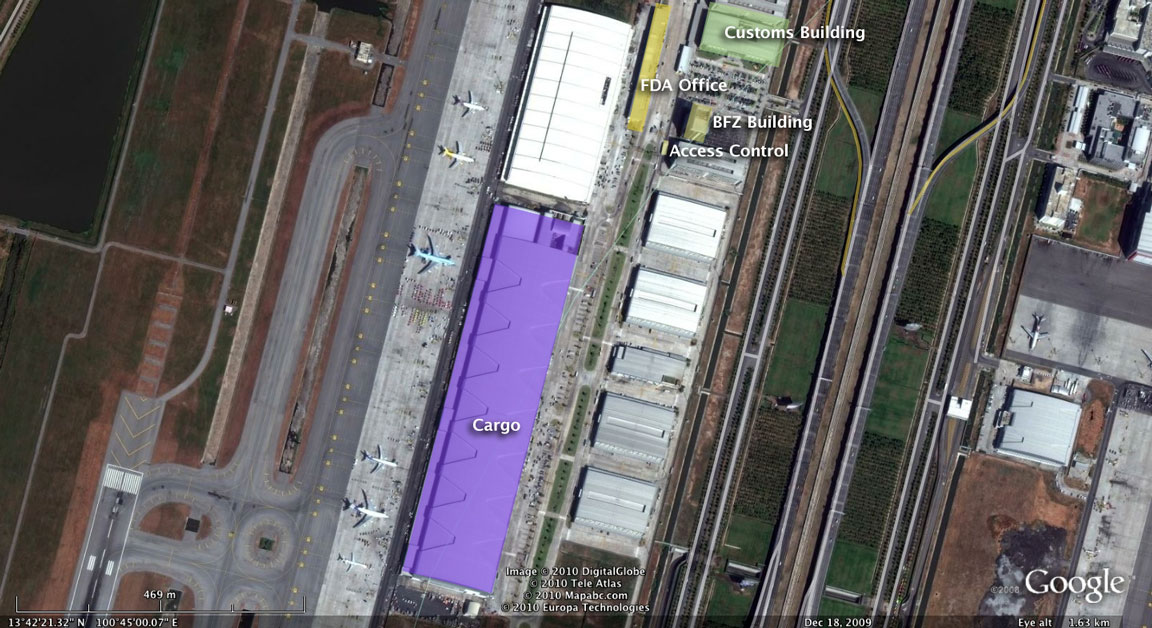 The real adventure began when I was inside Bangkok Free Zone, another stand-alone complex within the airport, which most people like me did not know about, operating all non-human logistic. It was a big learning curve in a day.

It should have been as painless as you got a delivery order from the airfreight, checked with the customs and took the luggage but, in reality, you could get lost easily with the procedures and it vast space. I encountered a hidden business in the customs when a man undauntedly approached me. He acted as a guide without asking for my permission then eventually called another man who would charge 10,000 Baht to cut the deal with all the customs. I said I could not afford it and could only give them 1,000 Baht. He magically disappeared.

I decided to go through it by myself. By that time, I knew my complication since there were some cosmetics and supplements in the suitcase, which added another process to pass the FDA before I would get any documents from the customs. On top of that, on that particular day, for some reasons, FDA Office would not open until lunchtime.

A friend of mine, Art, joined me while I was waiting in the queue at FDA office. We walked back and forth between buildings through the Access Control, which we got acquainted with security. While Art was having a break, I ran solo in FDA and the customs until they released me a piece of paper I needed to show it to the cargo.

It was a fair way to the cargo and there was another man tried to walk for us. He was very persistent until a senior cargo officer told him off and had one of the crews brought us the baggage with a forklift.

After that the process was straight forward to the customs to inspect the luggage which was fine by them and back to FDA office for the drugs and the cosmetics inside but, unfortunately, it was closed already. So it was like all the process with them never happened.

The final step, I went back to the cargo again to show the customs’ approval to obtain the last document to be able to get the suitcase out of the complex. However, when we on the way out at the Access Control, they could not let us through because with the document I had, we had to go across the Check Point only. That another long walk but this time we could not bother and just strolled all the way out to the car park without any inspection.

What I noticed the most was that there was a major information design issue here. There were no reference points in terms of space or process and that was hard for dyslexic people like me. I wondered that this day-long walk back and forth was worth it. One of the securities told us that everyone complained about it and they would not go through that again. One lady who was very experienced told me that the process had been improved from decades ago. To me, it was worth doing it myself, not to save 10,000 Baht just to get a small suitcase but to experience the process myself.

Moreover, apart from micro economy around this complicate system I was amazed with, I found genuine good people whom I talked to: the customs officers, the security, the cargo officers and a man I saw while waiting at FDA office and meet him again at the customs cashier. He smiled at me and asked if I had a stamp before lodging the forms. I puzzled, he then tore one his one-Baht stamps and gave to it to me before walked away. These tiny little things made me go on, no matter how tired I was.

When you are lost, there maybe people try to exploit you but there is always someone offering you a hand. Half empty equals half full.

At the moment I am waiting for the rest of my stuff being shipped from Sydney. It is now on Wana Bhum and I guess it is running a loop around Australia. If that is so, it will not arrive any time soon. It would be interesting dealing with the customs at the port this time.

PS. I originally want to do this as an animation but just find myself no so inspired. Hopefully, there will be some motivation coming in soon. For the time being, enjoy the flowchart.

4 thoughts on “A Day at the Cargo Flowchart”