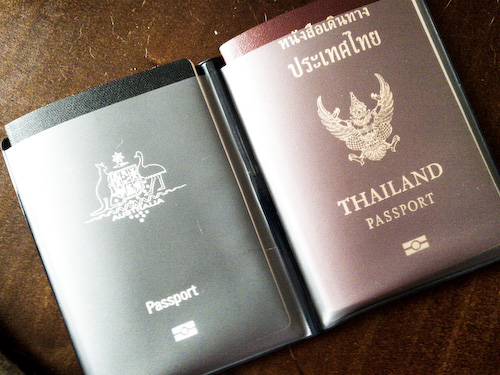 Thank you for being such a good heart in supporting EXiST funding project. I have been doing some soul searching over the past weeks. What happened to me with the stress, http://www.outtospace.com/im-farking-fine/, have made me decide to retreat myself from Sydney and spend sometime in Bangkok, at least for a while. Therefore, with sadness, I have cancelled the campaign on FundBreak.

At this stage, I put the project on hold to figure out the possibility to produce it either in Thailand or Australia. The passion in making the short film trilogy about depression, anxiety and stress is still there as it is the best I can do to reach out to the people who suffer from the illness.

Feel free to express your disappointment directly to me via email: tachyon@outtospace.com or twitter: http://www.twitter.com/apostrophepong. In the mean time, please take of yourself and your loved one.

That was my private message to all the supporters of EXiST project via Fundbreak. I have been inactive on this journal and reflective on my place in the world. Even though, my high blood pressure went back to normal after the heart palpitation incident and no medical treatment was acquired, it was like a false alarm became a wake-up call.

I wanted to tell a story about anxiety and pushed myself into this project. What happened was I has an anxiety attack when revising the script. The same thing happened when I was in the writing zone for Memory of You | Reflection of Me and overwhelmed by the depression experience.

It became a doubtful thought that filmmaking was part of my therapy then a realisation that what I needed was a break: a career break, a rest break and, most of all, a break from my own vicious cycle—feeling lost, isolation and worthlessness. Bangkok, my hometown would be the place for me to find it and being around old friends and family would certainly help.

For now, the project is on the shelf until an urge would explode again. Actually, I already have vivid dreams about reviving it twice. The deep sub-conscious will keep poking me to finish what I have started, I guess.