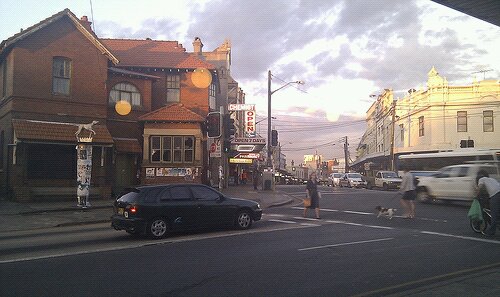 This weekend I was supposed to do a heavy work on promoting EXiST. Campaign but a big self-doubt just happened to pop in my head. It was a classic question, “Why am I doing this?”

The doubt could kick in so easily especially for the people who are climbing out of depression. And I have been putting myself very exposed to this very self-doubt by asking people to help and support the project.

It was an exhausting battle in my mind and I ended up playing online games and doing some housework, and almost lost it and let myself into the loop of depression—low-self-esteem>anxiety>worthlessness and so on.

However, with the help of a couple of beer by the window in a dark and gritty Sly Fox, I could let my thoughts flow into a decent afternoon light outside on Enmore Road. I told myself that this could be a nice to share this to someone you care and that could make my life more meaningful.

That was it, the answer.

Although making film, in every process from funding to distribution, is not as easy as sitting in a pub on Sunday afternoon but in the end, to me, they somehow lead to a catharsis process. I am doing this to realise this project not just to overcome my own anxiety but also to use my best ability to tell a story that would help others.

I am writing this as a reminder of this discovery. Hopefully, whenever I have this doubt of where I am standing in the world—which I doubt I won’t—the thought and the feeling of sharing a nice Sunday afternoon in spring will come up in my head as it is as meaningful as making this film for people to see it.