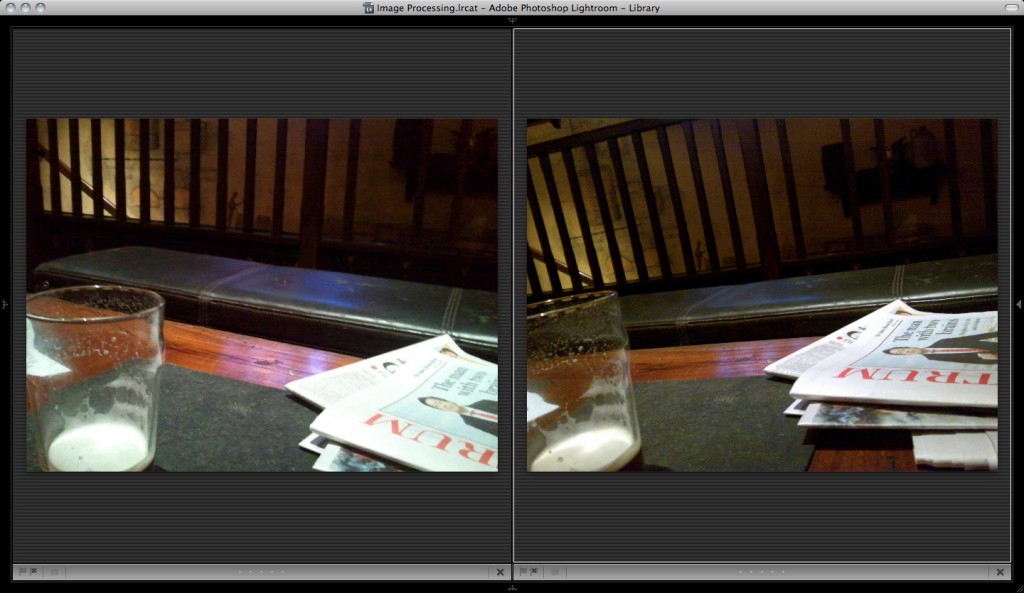 Stilgherrian kindly gives me a new Android smartphone, Samsung Galaxy S, he got it from the launch to play with since he has already got Telstra HTC Desire. I have been using Nokia N96 for around 18 months. That is amount of time that techno gadgets double their performance in the market. It is very hard for me to convert myself completely to an iPhone or Android even though they have faster processors, cooler appearance, and most of all, much better user interface. The camera features which are more important to me do not convince me.

The image on the left is taking from Samsung whereas the right one is from Nokia. They both are set on the highest resolution and in normal setting. Nokia’s flash is turn off because there is no flash on this Samsung. The outcome look pretty much the same in low light environment for 5-megapixel cameras. However, Samsung produces images that almost double the file size. In this case, they are 1.5 megabyte and 807 kilobyte from Samsung and Nokia, respectively. 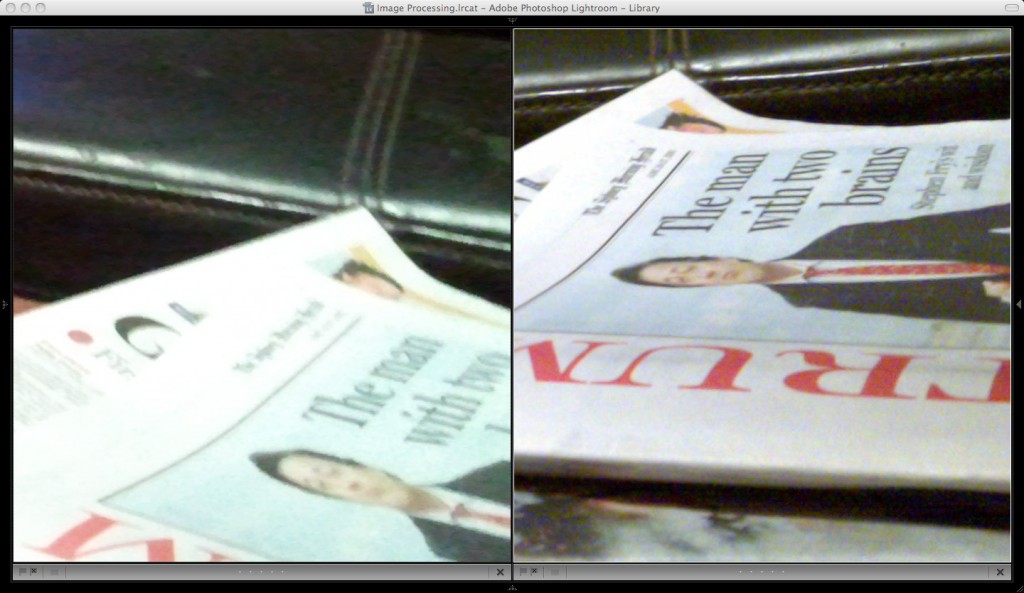 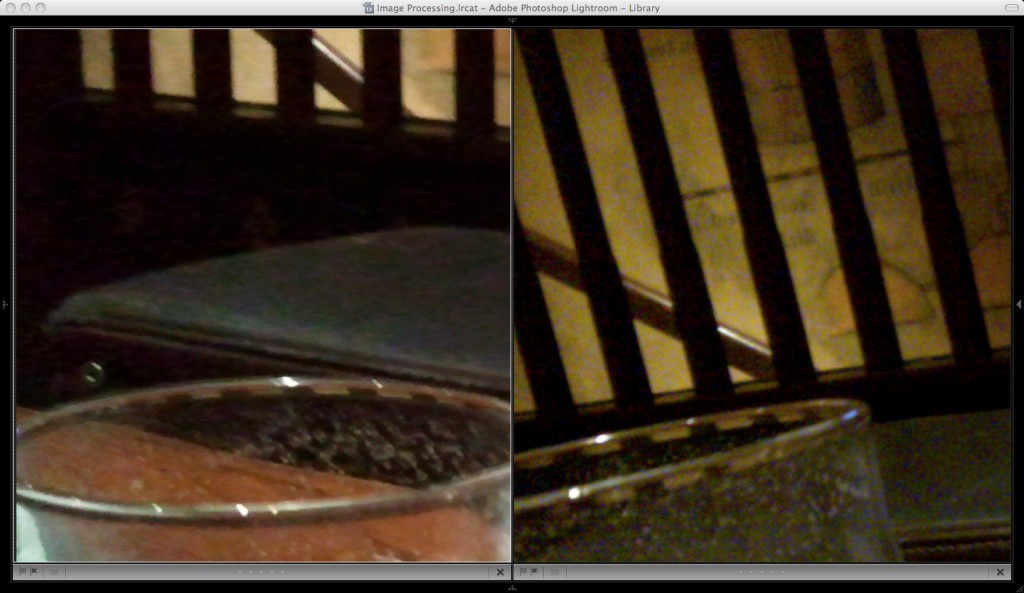 Have closer look and you will see how both camera cope in low lighting in a pub. Samsung has a greater aperture and less colour noise. On the other hand, Nokia has more depth of details, sharpness and contrast. It is not just Carl Zeiss lens on Nokia but also the quality of the sensor chip and the jpg compression.

By all means, I am still the process of testing this new toy. Having two smartphones in my pockets is a bit of a wanker for me but it is going to happen to me. The Android’s wide screen and its faster machine is very good for reading but probably not for an artworks, especially spontaneous ones. The question is more about workflow and connectivity. But before we get to that, I might explore more video.