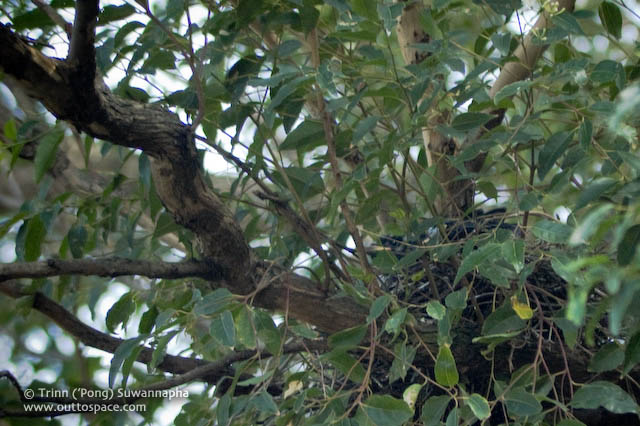 One day in late spring 2009 (around November in southern hemisphere), I discovered a pied currawong (Strepera graculina) nest on the big tree in the next door’s backyard. The squeaking sounds of infantile birds led my sight to one large area but it was not easy to spot it because of the camouflage surroundings of the tree. You could hear where the origin of the call was and noticed the rugged round shape of the tweaks on a branch corner but you barely made sure what it was. Until one of the adults approached the nest and started to feed the chicks. There were two or three in the nest. However, they were too small and too far to observe them clearly. I could only use the longest lens, aimed the camera to the spot and shot some frames with hope that there would be something visible enough.

Eventually the juvenile birds came out of the nest as they grew up. You could see they were still immature from their size, the shape of the bills, the eye colour (an adult has bright yellow eyes) and the fluffy feather on the chest and body. We left some cat food on the rail of the balcony for the family to have a feast so that we could gain their trust and some privilege to watch them. Of course, there is more of them. 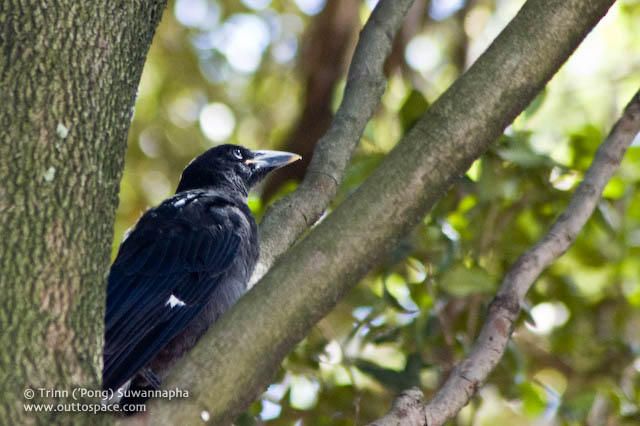 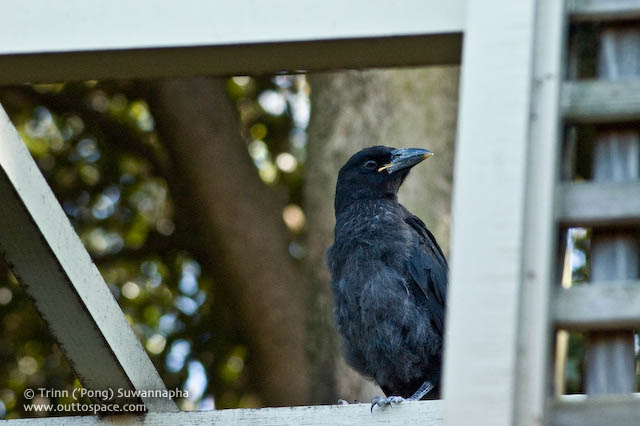 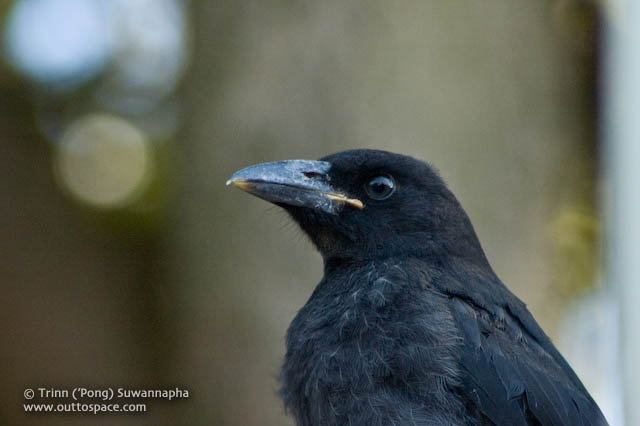 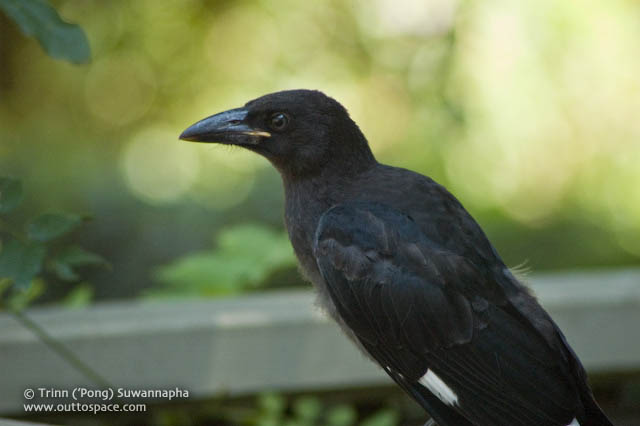 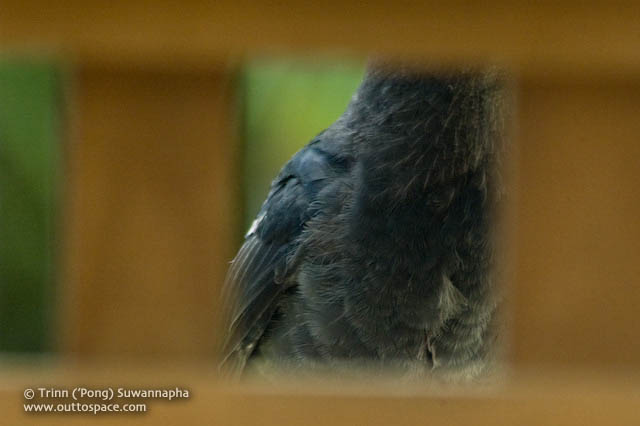 I was a sucker for urban birds as you night find it in Birds Gallery on my old photoblog.