While I was studying at COFA, my relationship with the only bus route from King Street, Newtown to Oxford Street, PaddingtonŚ352Śwas not so great because of its unreliability and punctuality. It frustrated me when you never knew whether the next bus was going to be late which they usually are. Sometimes, I wanted to strangle the driver for being so laid back on the schedule.

It is hard to believe that there is not that easy to commute to and from these two SydneyÆs major cultural precincts with public transportation. The bus comes only every 30 minutes and does not run on weekend. By train, you have to get off at Museum or Kings Cross Station and walk there. 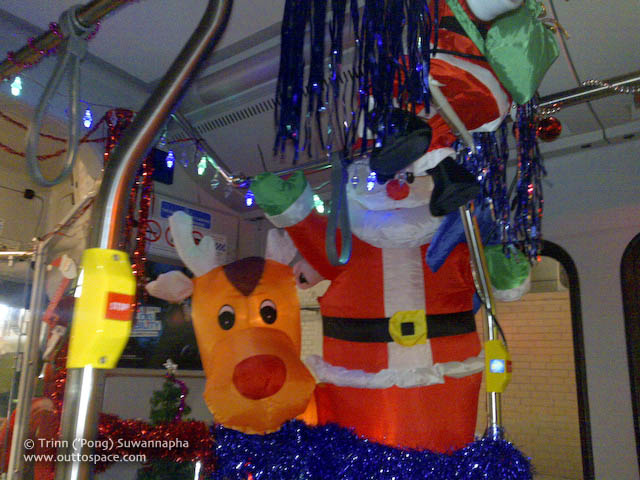 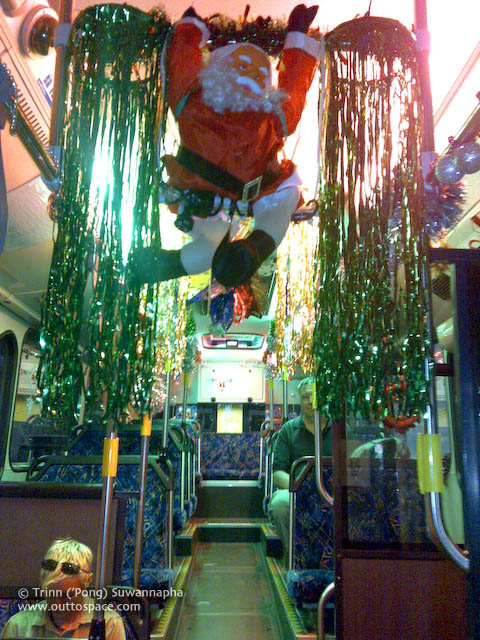 However, my attitude toward the 352 route has completed changed when I got on this bus from Bondi Junction. It astonished me with the simply tacky Christmas decoration. But not just that, the driver was also in a Santa suit. Most of all, there were laminated kidsÆ drawings all over the bus. The notice said:

The artwork on the Waverley Christmas Bus is provided for your enjoyment by the children from Ronald McDonald House at the Prince of Wales Hospital at Randwick. 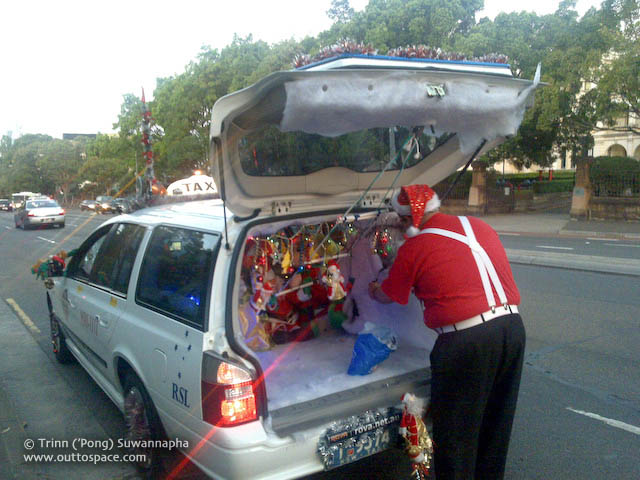 The following day, I encountered another over-the-top Christmas taxi.

I was just filled. And it actually made me miss Thailand. Supposedly, it was the first time that this Christmas season got to me and I could feel the joy like I had with Thai celebrations in the home country i.e. Songkran or Loy Krathong.

That reminds me I should start making this year greeting card real soon.

4 thoughts on “Christmas on the Go”