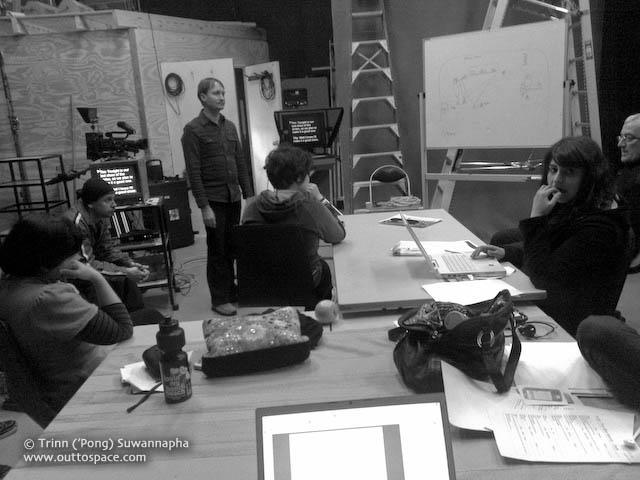 I knew that it was going to be busy week when the new semester started in July with my own final short film project at College of Fine Arts and the upcoming web soap opera but I determine to apply for Live Streaming Multi-Cam course at Metro Screen. I have done live event and video work with post-production. It is a great opportunity to expose myself to live studio video production and somewhat merge two those medium into one.

The other thing is to see how Stilgherrian Live would be like when pimped up with multi-cam studio environment. It’s my habit to do something challenging. I want to bring an instant interactivity to television. Wouldn’t it be good to have that interaction amongst the presenter, the audience and the producer so that it wouldn’t be just a TV web cast on the Internet?

So far, we have a quiz show being Aussie, a voice of disables on the show and, of course, Cnut of the Week. viostream hosting the webstream for us instead of ustream as normal routine. Stilgherrian Live Metro Screen Special Edition will be webcast Friday 31 July from 2pm. Be there!

2 thoughts on “Pre the Live”