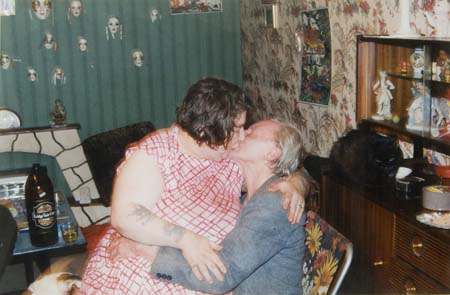 Let’s say that in 1990’s is an era when art and creative industries in UK peaked since The Beatles and miniskirts. And Young British Artists (YBAs) was one significant group that proved that British art and culture were still alive.

It started off at Goldsmiths College, University of London, where most of YBAs went to. Michael Craig-Martin seemed to be the father figure of YBAs. He restructured the education and had a huge impact on them. Then, a group of students organised by Damian Hirst exhibited a show called Freeze, which attracted one of the most influential art collectors—Charles Saatchi with their sharp and witty art pieces. And he became the main sponsor of the group.

As Turner Prize got more buzz in British media, YBAs’ contribution to the Awards even inflamed the vibe with their bold and controversial installations like Damian Hirst’s The Physically Impossibility of Death in the Mind of Someone Living and Tracy Emin’s My Bed. The first of the group who won it in 1993 is Rachel Whiteread with House, which also won K Foundation Award. Then Damian Hirst won in 1995, Douglas Gordon in 1996, Chris Ofili in 1998, Martin Creed in 2001 and a number of nominations from several artists such as Sam Taylor-Wood, Tracy Emin, Tacita Dean and The Chapman Brothers and Garry Hume.

Sensation Exhibition in 1998 at Royal Academy was another marking point for YBAs. They became established and broke into conservative space. In fact, the exhibition was Saatchi’s collection of their works. The exhibition caused a controversy by Marcus Harvey’s Myra, which is portrait of a serial killer made by children’s handprints and provoked Catholics in New York exhibition tour with Chris Ofili’s own expression of The Holy Virgin Mary.

Damian Hirst would be the hottest artist in the group. Although he was compared to Jeff Koon, even he was far cleverer; he would rather talk art in a pub than be intellectual about his works.  His latest work, For the Love of God, was sold literally to himself. Other artists worth mentioned are Richard Billingham and Emma Kay.

YBAs group is criticised that they do not signify British class culture. Actually, they grew up in the Thatcherism era, which had systematically destroyed working class culture. And what’s wrong of being classless.