This trip was the first time I visited Thailand since I moved to Sydney in 2001. That was a very long time for an ex-pat to return to homeland.
My view to the country changed around the use of the medium of that time–photography. And I also started to use it as video projects.
Bangkok, I still love this fucking city.

Following the last photo essay about on-hold construction sites due to the economic meltdown a decade ago, this essay is looking at a fading memory of an aged place. 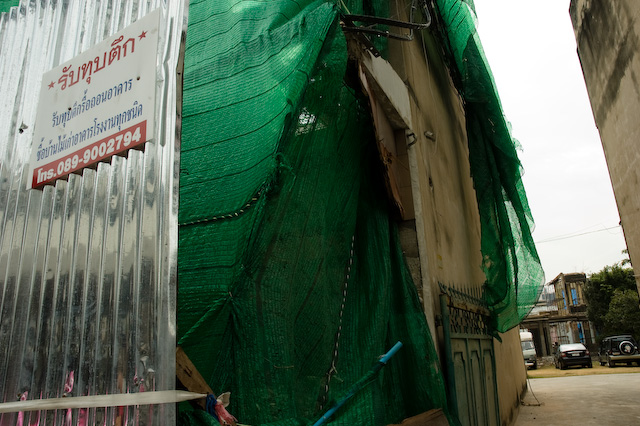 There was an old house on Petchburi Road I always admired. It was one of the best examples of colonial architecture in the heart of Bangkok. In my memory, it was a backdrop in some films and commercials representing the era. It was an evidence to show how modernised the kingdom was.

However, the city is moving on and the area is being transformed. Unfortunately, a new development does not spare a room for this old mansion and it has to go. There are some buildings that have been compromised the city growth, such as the old Russian Embassy and Thai-Chinese Chamber of Commerce on South Sathorn Road but not this one.

I always wanted to have a look beyond the closed gate. Sadly, when the gate was open, there was almost nothing left to see except the structure of memory that would not last long.