16 doses of shorts from UK masters. 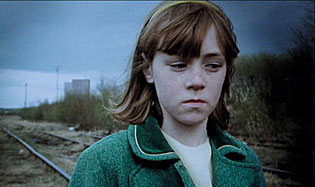 It seems unreal that someone put my favourite filmmakers on the same disc: Ridley Scott, Peter Greenaway, Mike Leigh and even Martin Parr, who are more recognised as a documentary photographer. It is the compilation of early works that gave them the launch pads to their big career. You can find that shorts are likely be more freely creative, sometime more indulgent than feature length films. But that craft of producing a long movie is another complex story. And this proves how these directors still keep the their own story telling style.

The usual themes are about coming of age which is fair enough that artists’ first picks are close to themselves. Anyhow, growing up in the UK is just a tad out of my cultural references. They are just too bleak for my liking. The piece I like the most is Telling Lies by Simon Ellis with its humour and simple graphics. His first feature debut will be released soon. Watch out for this guy.

There are more in this Cinema 16 series: European, American, European (US Edition) and World which is due in early 2008. Can’t wait to see more.