Thai community in Sydney is celebrating their New Year culture, Songkran, at Thailand Grand Festival 2007 at Tumbalong Park, Darling Harbour on 15th April. Buddhist ceremony has been conducted in the morning. It is time for entertainment in the afternoon. However, unlike in Thailand, no water is not traditionally flushed away. Stage performances line up to please the crowd. 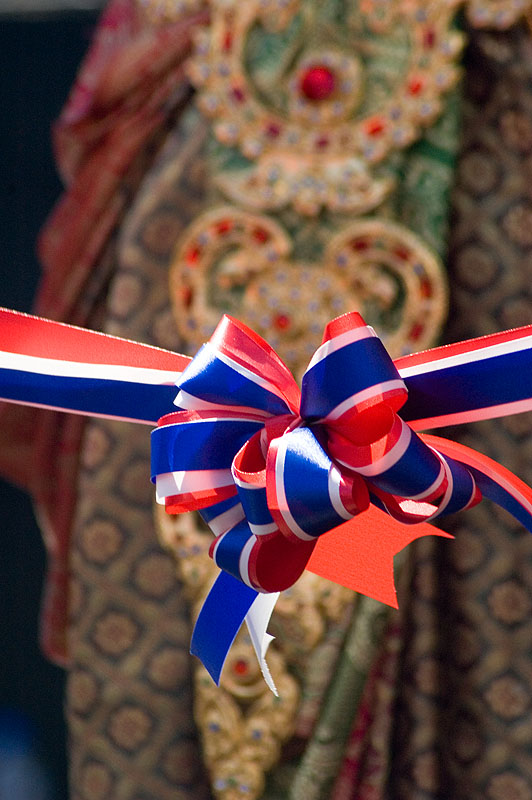 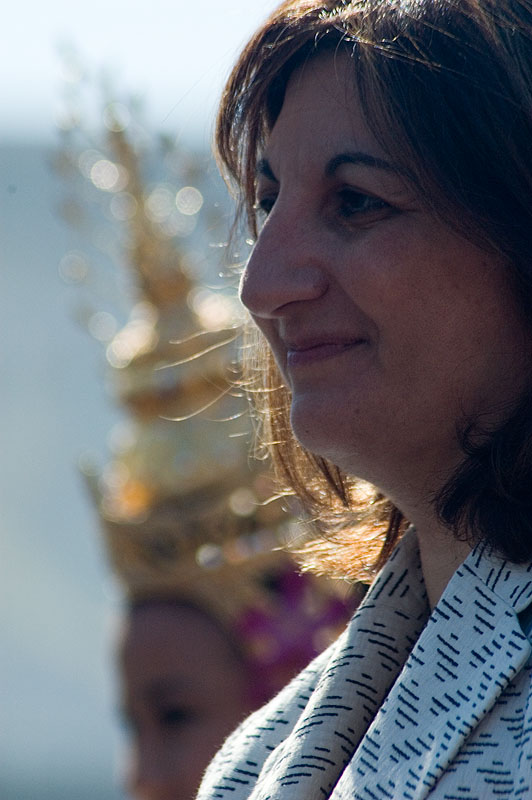 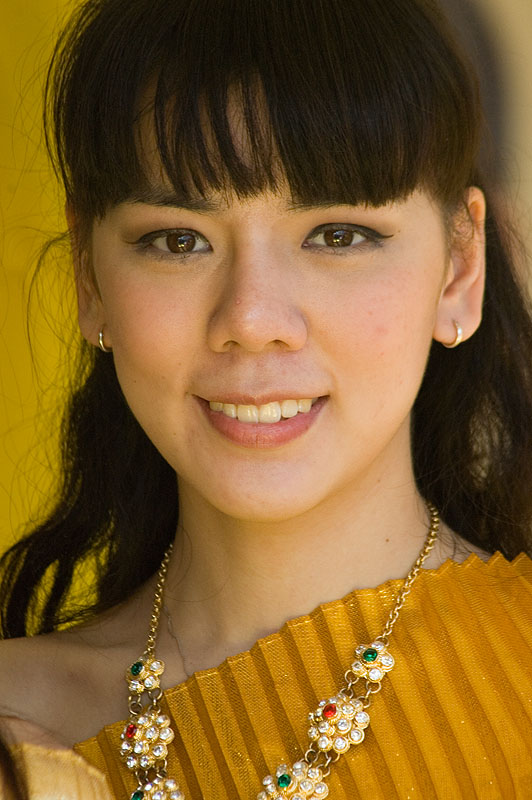 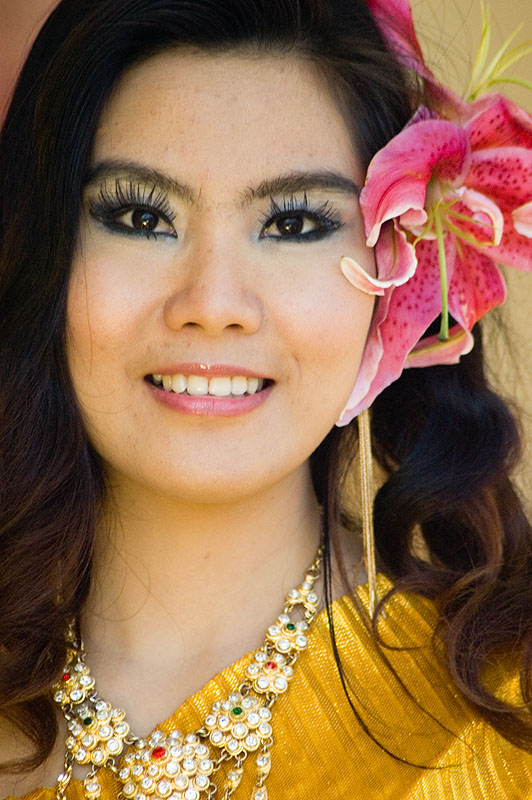 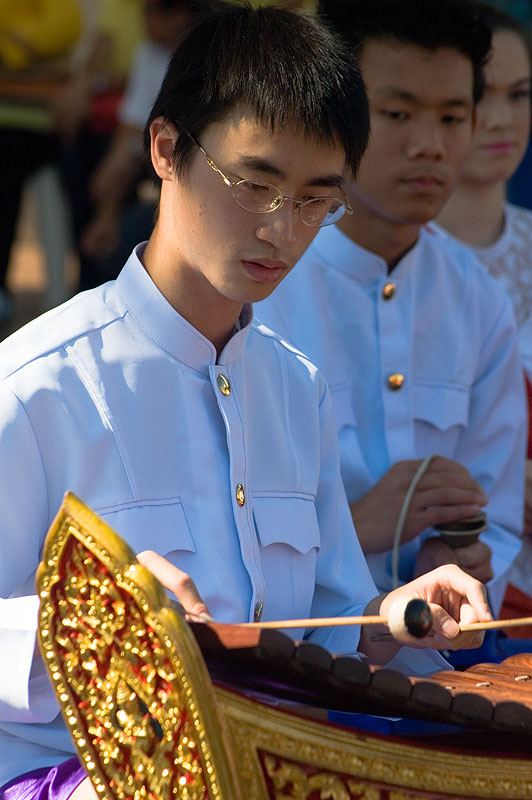 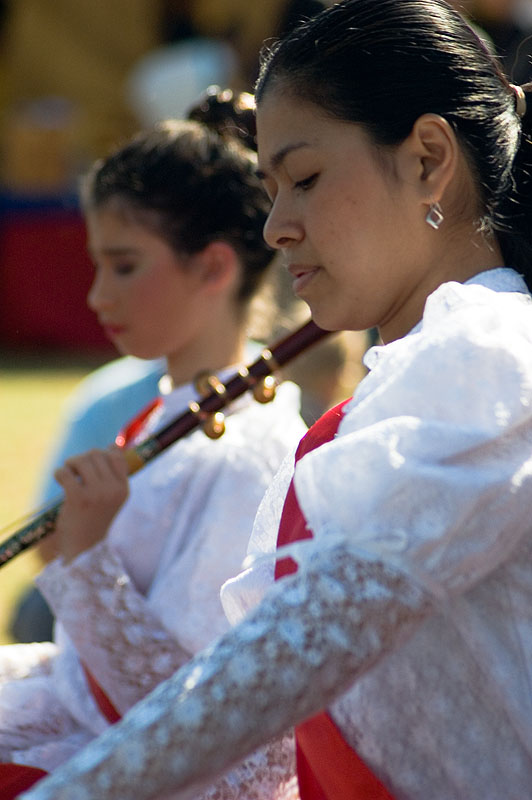 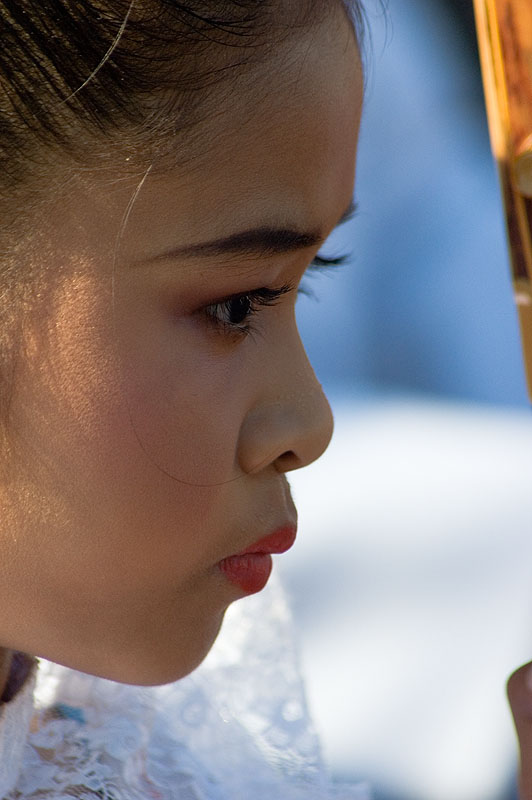 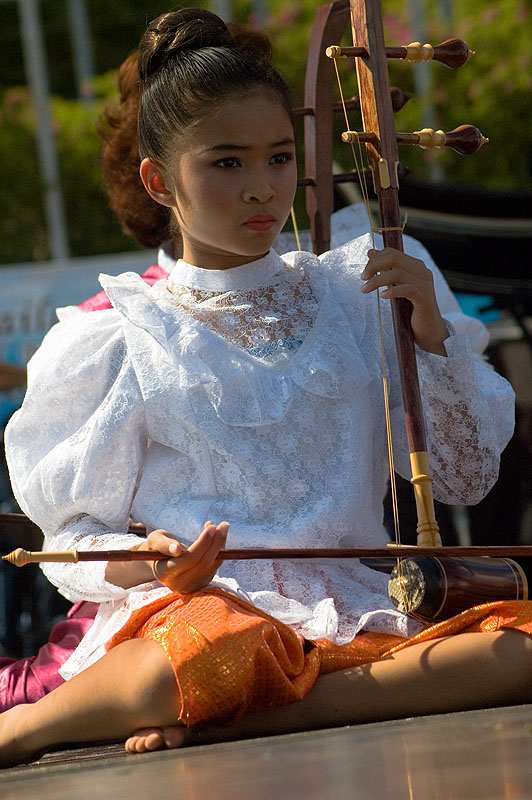 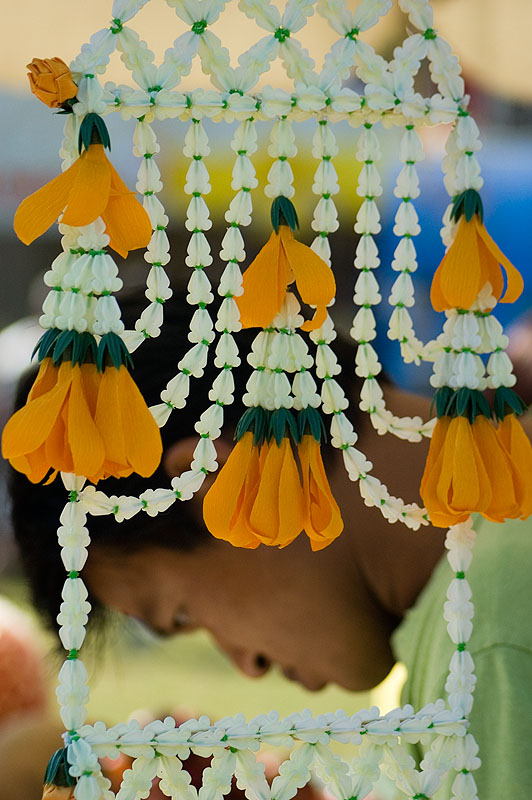 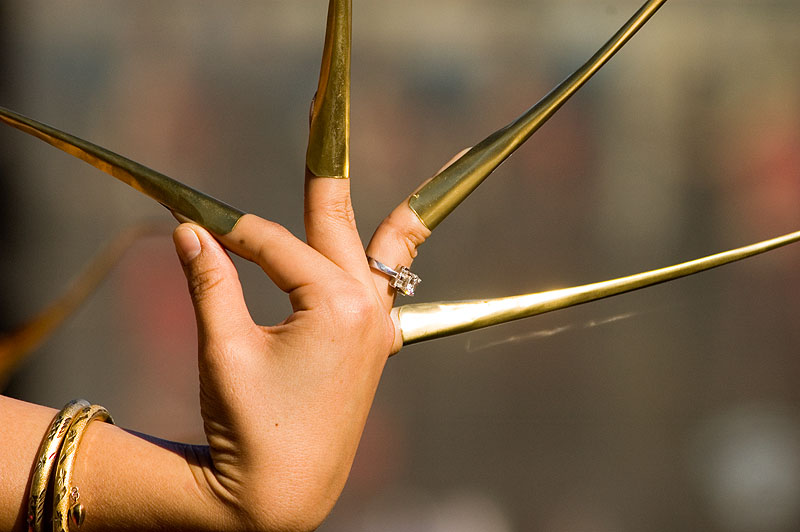 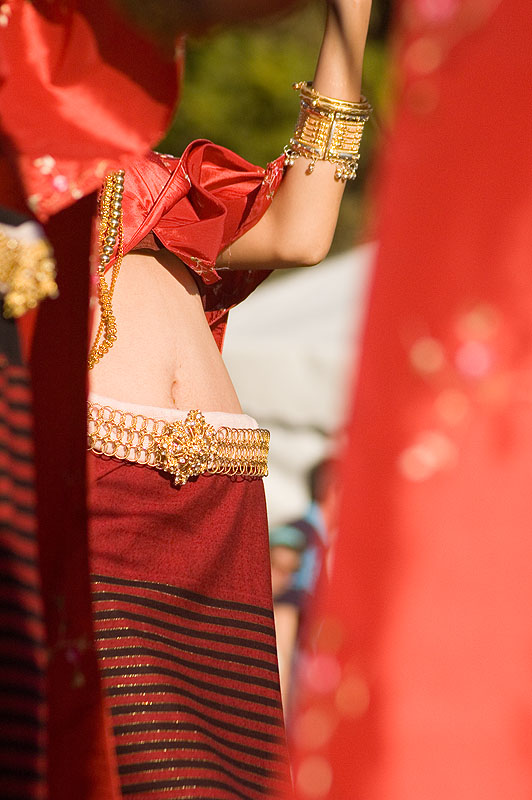 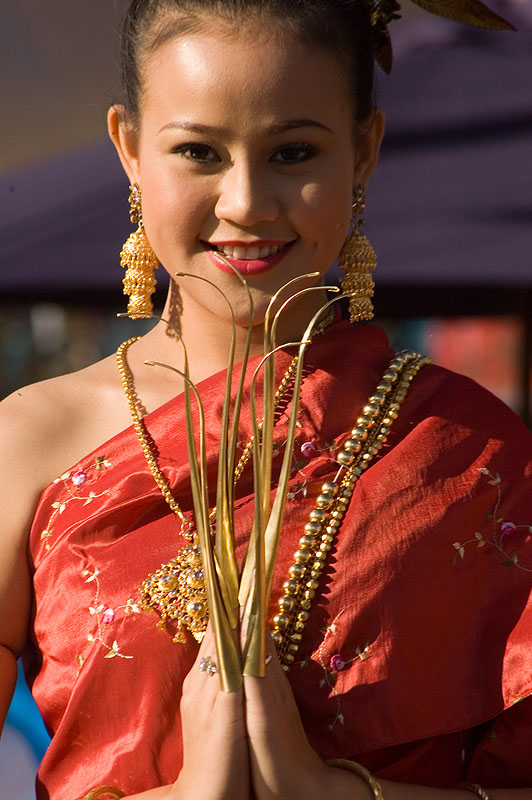 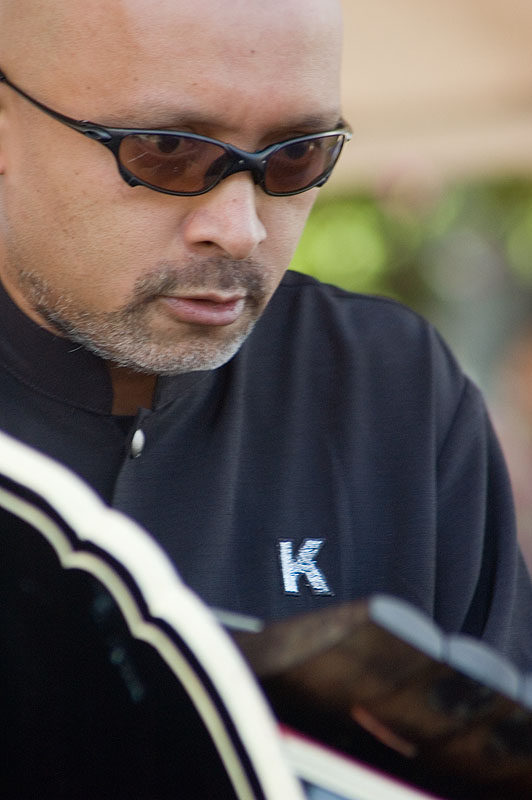 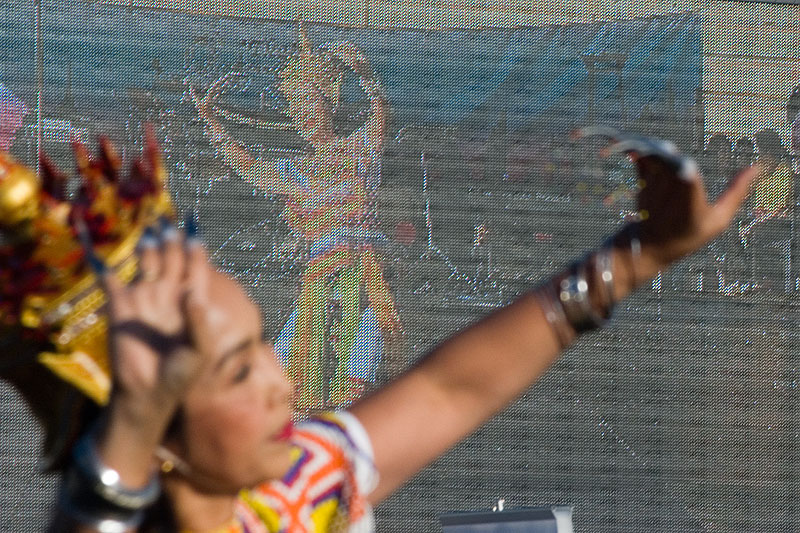 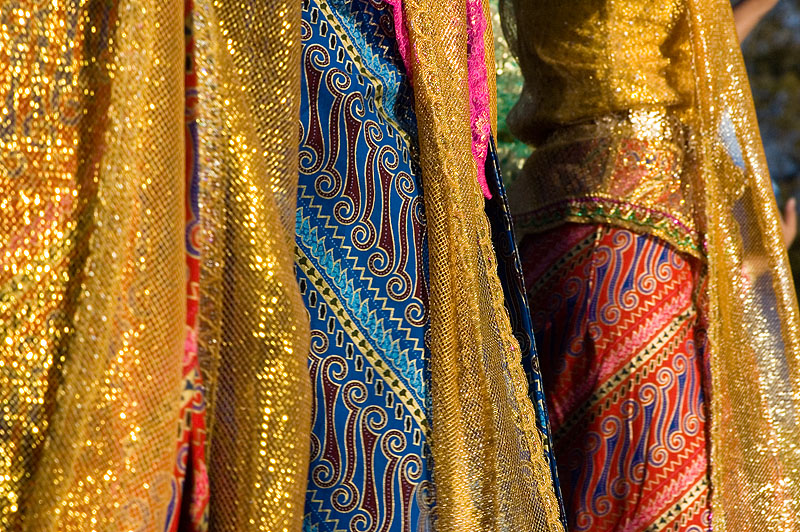 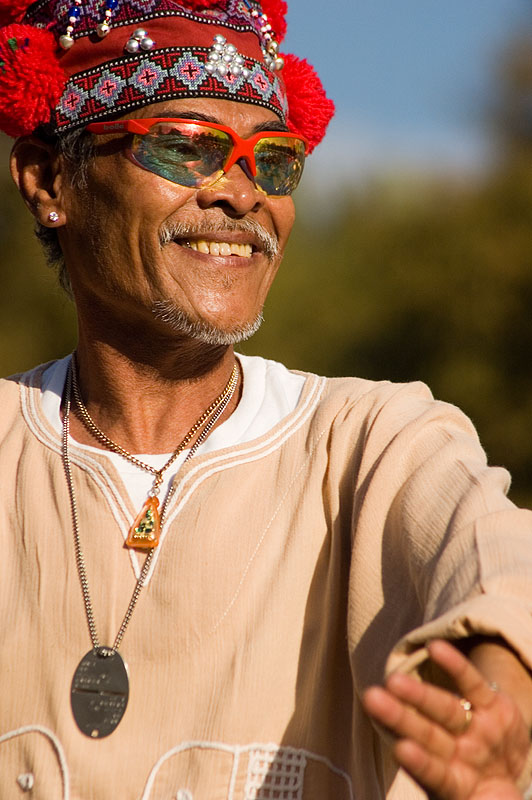 A Thai man dancing with fun. 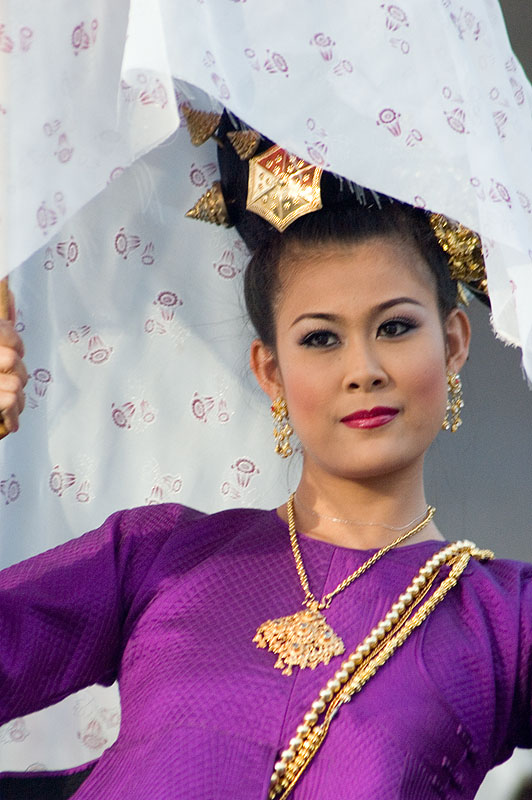 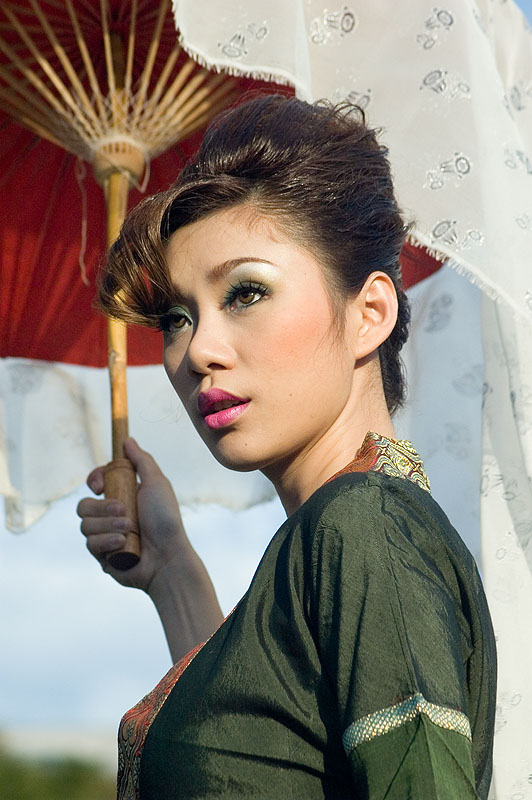 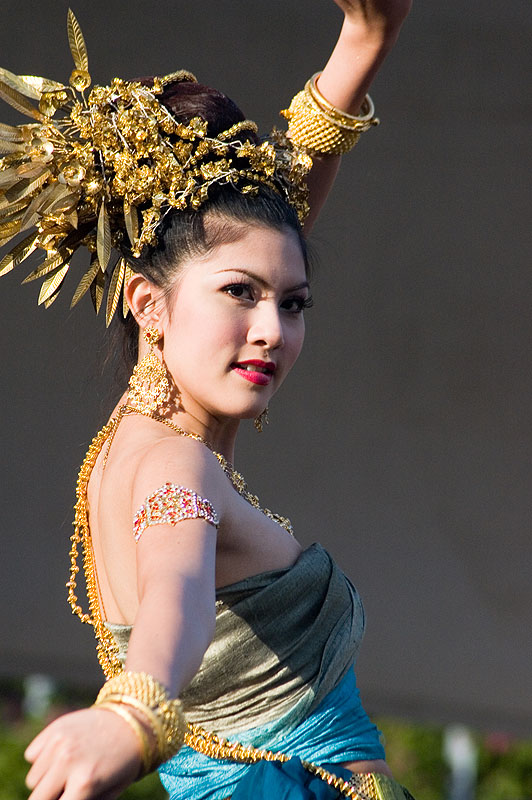 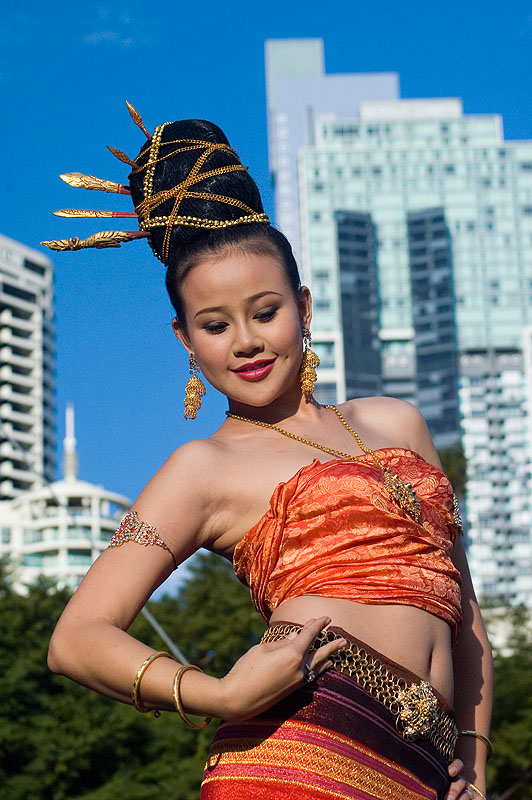 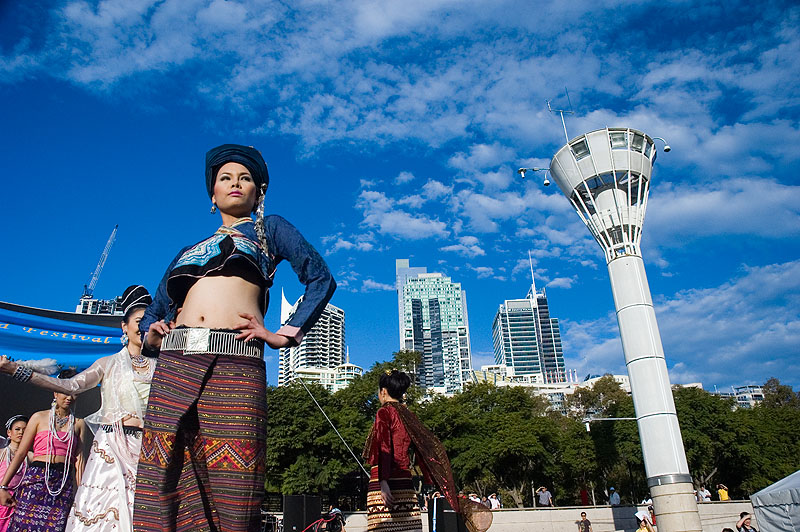 Fashion show, The Heritage of Thailand. 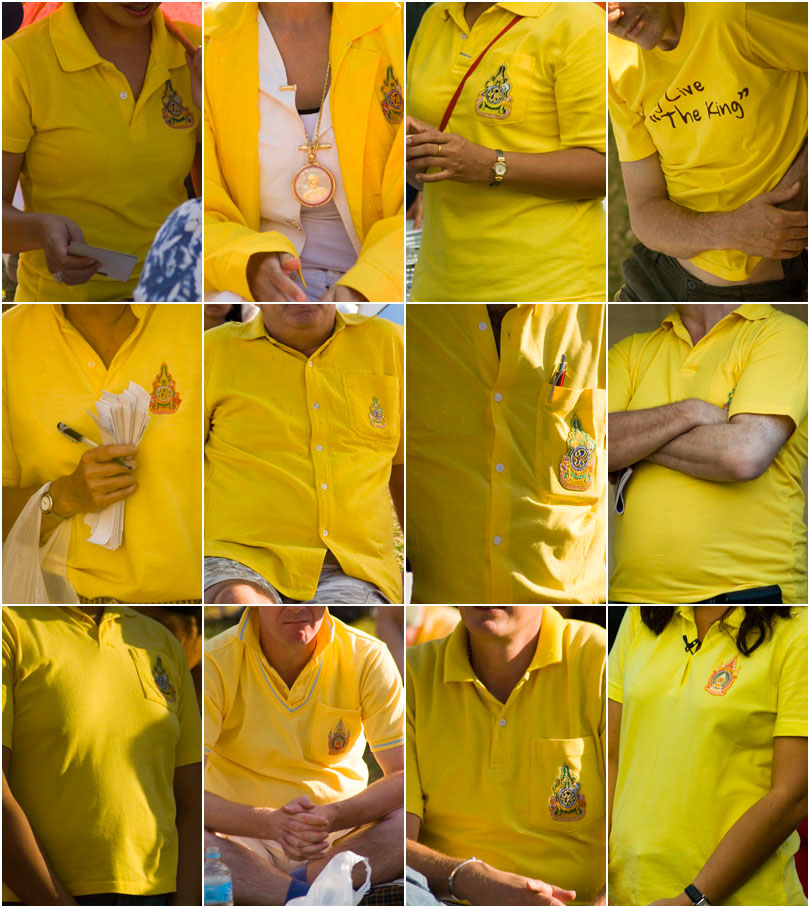 People wearing yellow shirts to pay respect to the King of Thailand.