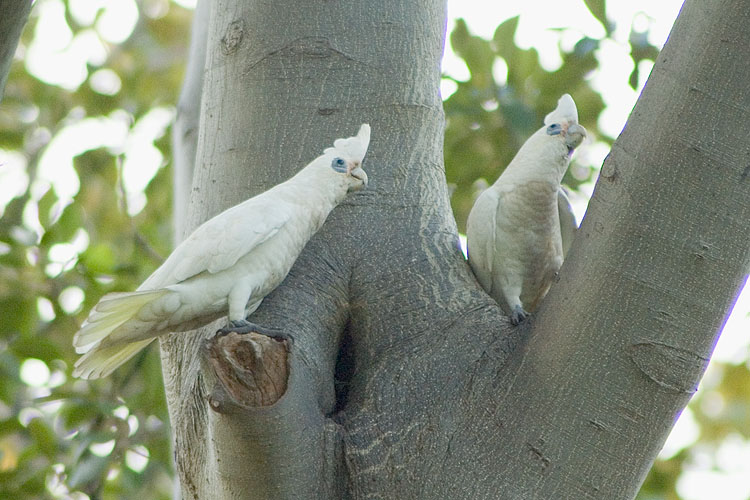 At first, by the their squeaks and white bodies in the distance, I thought they were a flock of sulphur-crested cockatoos,  somewhat urbanised feathered friends. But it turns out that these birds, hanging around in Victoria Park, Sydney, are Corellas, close cousins in the same cockatoo family (Cacatuidae). This particular couple is Little Corellas (Cacatua sanguinea).

According to the 1986 edition of Simpson and Day’s Field Guide to the Birds of Australia, their range was just the inland outback and along the coast of Western Australia, Northern Territory and some of the North Queensland. However, the current edition and the Wikipedia say they are in east coast urban areas such as Cairns, Brisbane and Sydney too. This is quite fascinating for me to see wildlife migration to the cities. It reminds me how humans have effected the lives of others in the system.

One thought on “Little Corellas”