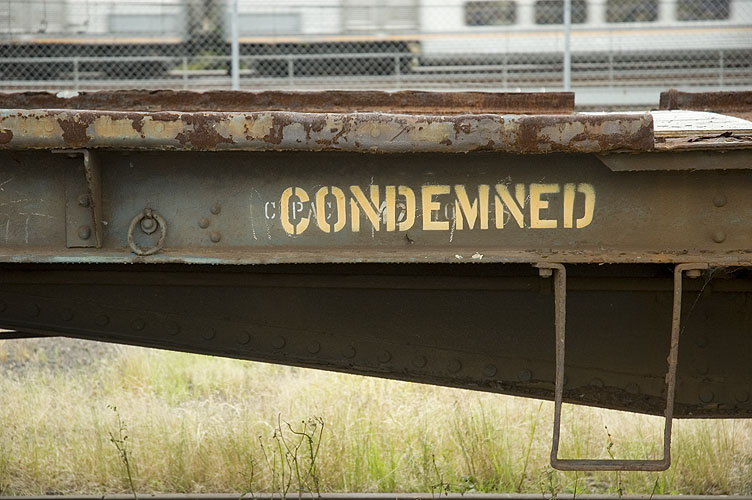 This shot was taken in Redfern Railway Workshop. It is irony that this is the last shot I had in the camera when New South Wales Railway Transit Officers came to me to stop photographing. And from then on, the case went on for almost 12 months! I particular want to post this image when my legal matter is over in either way. This is the time.

For the reference, last December, I had been charged for go/be on railway land. It was an unreasonable prosecution when I was taking photos in the railway property which has the most unclear ‘NO ENTRY’ sign, facing AU$ 400 fine. Here is I posted earlier.

I refused to pay the fine and wrote a dispute letter to the Infringement Process Bureau. The Railcorps of New South Wales still pursued the fine, despite the strong reasons I have. I went to the local court to pleaded not guilty and would probably pay the maximum of AU$1,100-5,500 if I lost the case in court hearing.

I have prepared to represent myself at the hearing this morning (30 November 2005). At the court, it turned out that the Railcorps has withdrawn the case. I did not even have to put myself in the witness box. No reasons of withdrawal are given but my guess is after all they really reviewed my evidence I sent with the first letter – the photographs of the entrance , the prosecution realised that no honourable magistrate would turn against me and put me guilty.

I felt being bullied by the NSW Railway with this issue while their transport service is far behind other developed countries. (All Sydneysider knows this reputation for the fact – but that’s another story.) Not that I fought not to pay the fine but it is about how the laws and regulations to be enforced.

This incident put me in stress for the past 12 months and it is a learning curve for me. I was really ready for the final fight but they backed off first. Although I am relieved that the whole thing went in the good result, the questions I had for the witness officer will not be answered. To them this turned out that it never happened but the doubts are still with me.