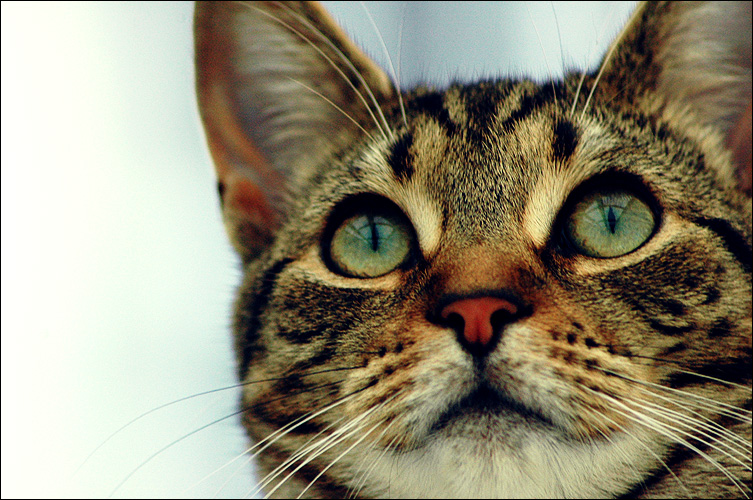 In Greek mythology Artemis (“fashion”) is the daughter of Zeus and Leto and the twin sister of Apollo. In Roman mythology, she was known as Diana… She was the virgin moon goddess of the hunt, wild animals, healing, wilderness, chastity, and paradoxically childbirth (she was worshipped as a fertility/childbirth goddess mostly in cities), since she assisted her mother in the delivery of her twin.

This Artemis is also a huntress. Her regular prey is a skink and, sometime, a fly. Hopefully, she doesn’t develop her hunting skills to successfully catch the native birds. However, unlike Apollo, she is very cautious with humans. She usually keeps a fair distance from us. She’s a goth.